A Prayer To Apis 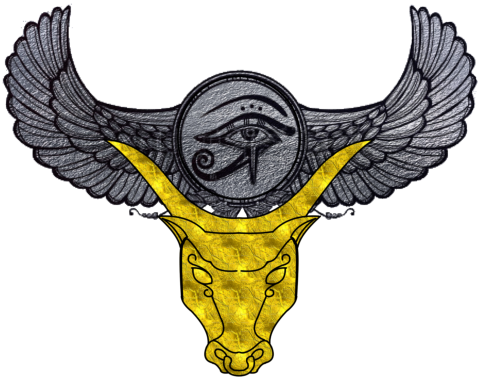 To the Herald of Ra, Earth Mother, Apis,

I pray unto thee for thine grace hath shone upon the sands of Hades in the Gallu Demons so gentled that they bow to your heavenly benevolence as matron of their tribe.

I pray unto thee for you are the Herald of Ra and carry his words unto mortality across the worlds.

I pray unto thee in hopes you look upon Osiris’ Unyielding Strength with favor. He is not a priest but seems to be growing in understanding the nature of the workings of heaven. We were given a “message” today that has vexed him so furiously, because he sees no way to out of choosing friendship over leadership. I am mortal and unworthy to understand your plans if were to test him. However, regardless of that answer, to which I seek not knowledge of I ask a miracle.

If you see it in your infinite grace and understanding to spread word to his holiness, U’Selekma, perhaps Father Donal, and Bishop Rose Nodeki that this year you will extend celebration of the Festival of Apis for six additional days. This would allow the captain to see his friend off, rather than simply making sure he was on land and the earth he cares for in his passing.

I know that should you grant us this miracle the “Dark” should be allowed one extended festival this year. I still ask for such a boon knowing the cost for the heart of this team. Grignak told me that Xerx’ses sent him to bring me back from death door. Then as he tried to reach Mack he was halted by a psychic and forced to watch him be murdered. He did not give up when all hope was lost in Blackrock Stronghold, and today he did not give up with his Anti-Magic Cloud. As a team he unified us to keep going which won us the Seba Book of Wo-Elfenbrut.

This is my plea unto your heavenly grace to do with as you see fit.

May the blessings of Isis be given to thee in a warm familial embrace,

Written prayer recited upon 9th of Gryphon after arriving at the caves of the Adraodan Minotaur tribe. Upon the 4th Year of King Guy of Timiro.

Cool Apis symbol if I must say so myself ;)

I thought it turned out okay and thinking of me for the festival is so nice! Thank you!

If this happens I wonder what festival the Dark would demand in compensation?

I’m sure we’ll find out if it happens.

I agree with kiralon about the image, by the way.

CrIsis needs every little prayer we can muster.