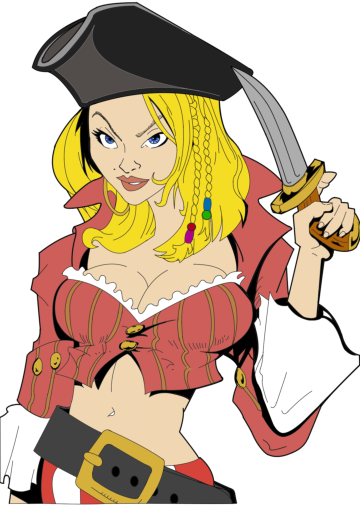 It was ‘bout a day after the Festival of Isis when things began to get heated on the docks. Jershon, told us that night shore leave was canceled and we may need to leave soon if the crowds got much worse around Rogtilda. On the 3rd the protesters’ signs said,

‘THOSE LED BY MINOTAURS ARE THEMSELVES HARBINGERS OF DOOM!’

Before I could call them the ‘EFFING, backwoods, gits they are. A group of supporters on the docks appeared with signs saying,

’THE GODS OF LIGHT MAY REDEEM WHOM THEY CHOOSE, MAY YOU BE SO LUCKY!!’

You would not believe the blood bath that went down over the next few hours between the two groups! Three groups if you count the imperial guards that came it to clear the docks and protect noble patrons and those that paid their taxes on time. It was three hours of waves of assaults even two raids upon Rogtilda himself!

I know its a ship but I ain’t never been on a ship with a soul. The Biboca Docks were eerily quiet for the rest of the 3rd. On the fourth we were delivered the last set of our provisions and Jershon had been updated with a pigeon from “someone” about news in the city. Honeysuckle tried to lighten the mood by asking me how I intended to seduce a Minotaur?

“Ahhhh yeah hit a sweet spot did I?” Honeysuckle continued, “hey he’s into elves I hear…”

‘’No sh*te, Zorrus was reading a Book of CrIsis where the young, dumb bull gets seduced by an ELF!!’’

‘’If I thought your baby could take it I’d punch you. There be no Ra damn way it’d fit in that small a hole!’’

“Twas my thought as well, but you can pass for an ugly elf, no worries!”

“F**k you, Honey!” though I did smile when I said it, as she was trying to get me to smile knowing my past.

It was the 5th when everything went to sh*te on us! Ra burn me if I’m lying! During the night the supporters had erected a makeshift structure from crates, boards and rope. The began taunting the haters that were holding signs that said,

‘CRISIS IS TRYING TO BRING BACK THE OLD ONES!’

The other half of the mobs supporting the people this golden-wood ship represents with their signs,

‘CRISIS IS TRYING TO BRING BALANCE TO THE WORLD!’

Eyes, the one Honey’s money was on for Minotaur snuggle time was crying out for boarders on the starboard side! Then a brief flash and CrIsis themselves appeared! The Minotaur leaped into action trying to subdue the crowd with magic while the Wolfen went starboard to deal with boarders!

Oh NO! The minotaur is pick up by what looks like magic and tossed overboard without a second thought! The Hobgoblin began wiggling fingers and the crowd ran except for some creepy looking guy! Just then a f**king Troll runs past me! Only to nearly crush Crow underfoot as he passed by to get caught up in a smackdown by Zorrus! While I am dragging Crow to get him below deck I noticed a fire started and cried out

The CrIsis Elf came to our aid using her powers over nature to cap the burning mess. Leaving Crow in the galley with a knife I ran back up to help Jershon and the others to cast off. I am not sure how the Minotaur made it back but I heard he killed the creepy guy on the docks!

Off to drink this day sucked,
Annie

Written by Annenwen upon the 5th of Algor in her private journal she has dedicated to Ra and Bennu.