Description given by Bishop Rose on Od 9, in the 343rd year of the Eastern Dominion.

I climbed with CrIsis towards the Antes Temple where Father William waited at the top of the stairs. As we stated each name of the Lady Isis I was brought back to CrIsis’ first visit here. None of those that made the first trip, a mere 2 1/2 years ago, but seemingly a lifetime, are accompanying me up these steps. None left. Chu was barely noticed for his time, and while Greldarr was one of my motivations for renewed peace talks with the Wolfen Empire he did not serve CrIsis long. Bexx was swallowed by a sea serpent the same day Chu left. I am not sure how Elyth will react to CrIsis without the presence of Chip since they had quite a connection to each other. I miss the brutal honesty of Cava, even if he almost caused a war with his actions here in Haven. Most of all, I, like much of Palladium, cannot believe that Overkill is dead! He was truly unique, and loved.

So I climbed the stairs to the Antes Temple with a CrIsis that I hardly know, but was fulfilling the promise that their predecessors made years ago- to bring back a piece of Osiris here, to be placed on the second altar next to the Heart. Now at the dais of the Temple, I remembered absently that much of the city had turned out, and were in the courtyard below. I encouraged CrIsis to join me in waving to them all, and they complied. 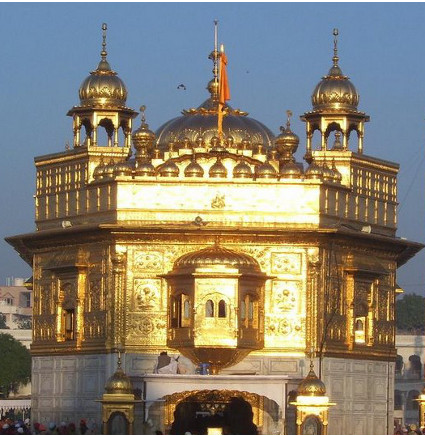 Father William gave us a smile, and a wry wink to Asher- I wondered suddenly if they knew each other from before, when Asher had broken into the office of the previous Bishop….. Standing outside the Golden Doors leading into the Vestibule, and the brilliant white marble Pyramid. Father William immediately bade us to enter the Golden Doors of the interior temple. Once inside, off came our clothes quickly, and the waters cleansed us of not only our grime, but our sins as well.

We went through the shimmering doorway, and into another realm. I am always shocked at the simple beauty of the true pyramids- warm desert sand, brilliant blue skies, clean fluffy clouds, and the majesty of the stone pyramid.

Our steps seemed to quicken, for it appeared that CrIsis wished to drop its burden. I had heard of their meeting with the three Minions of the Gods- the Sphinx, the Phoenixi, and the Ramen, that protected the Pyramid at Sekti Abtu but I wondered how they would react to a Seraph such as Elyth. I knew there would be little if any outward reaction, for they are CrIsis, but I wished I they would share their thoughts.

Arriving at the top, Father William and I stayed back, to let them interact with no interference. I will not share their meeting, for that is not for me to decide to share, only for CrIsis to withhold or bring out. I will tell you of the piece, and its aftermath.

Elyth bade all but the pieceholder, in this case the Hobgoblin, to sit. She warned that she knew not exactly what was going to occur, only that it would be a “ride”.

Poor little Burlap! He pulls out the Left Foot of Osiris out of some magic bag, and it is almost as large as he is! His tiny frame strained under the weight, as he began to lift it towards the altar. The Wolfen Palladin, whom would be shot on sight outside of this Pyramid if it was known he was truly free, and a son of a Wolfen Chieftain, gets up despite the warnings, and helps Burlap. Together they place the Left Foot of Osiris on the altar, and it is quickly engulfed in a blue flame, and rises to join the Heart. The two mismatched members of CrIsis turn towards us, bliss enveloping their faces, and then turn back to the pieces, sitting down. Immediately it sounds as if a giant avalanche occurs, and we all feel ourselves moving! Elyth remains standing, stoic, holding her sword to the ground as if it will keep the pyramid together.

The movement stops, and we are bid to stand by Elyth.

“Behold, it is done. The true beacon of His Justice. The Double Pyramid of Osiris, held as one by the ancient power of the Antes Temple. Osiris thanks you! I thank you!”

With that, a single tear comes down Elyth’s face, quickly turning to steam. She embraces each member of CrIsis, one by one, kneeling for Asher and Burlap, and then asks if there are any questions.

Myself, I am spent after just writing this account. I will now travel to Wisdom to speak to the Dominion Council. It is time for true peace, and this is the greatest sign of it. A Wolfen and a Hobgoblin brought the greatest gift of all to the East- it is time for peace. I will leave shortly, as soon as a painting is done of this phenomenal sight, two pyramids rising above the sacred hill of Haven.

Since we are in another realm I am curious what happened in the realm (Palladium) we came from? Are there two physical pyramids now as the log suggests? Very cool and so many questions!

Whoa, such a description. I love the picture of Osiris. It will be a great experience when it is all done.

AZ, questions will be answered next game.

Annie Cooks Up A Thought