Emotion on the Table

A new fireside chat between men 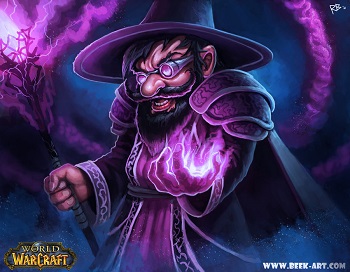 Tyvernos and Overkill were prepping for sleep when Overkill started to talk.

“Tyv, I need to come clean about something.”

The gnome looked over at the minotaur and the priest adjusting to sleep on the hard ground then back at the dwarf.

The dank dark of the cave was only lit by a small flame of the fireside. Shadows were cast on the walls leaving a erie siloette of the dwarf and gnome to make them taller.

The gnome was a bit aghast and raised an eyebrow. “What?”

“When did this happen.”

“Oh. Anything else? That’s just weird and a bit out of the blue. I thought that would be all behind us?” Tyvernos had a face of confusion and concern.

‘’I am afraid that I cant trust anyone even myself. What other magic items are going to mess with us and what are we going to do to get on the gods bad list? I mean some of our friends lost their role in CrIsis because of their own errors and some of the rune items that gave us trouble yet didn’t get us banished. Why are we so special?’’

Tyvernos finally understood. “Overkill we all will make mistakes and they will challenge our relationships. I know that the helm gave us trouble and I did some things that I will always regret but if the gods didn’t think that we could work it out and not just work along but really work things out we’d both be gone. Remember that dark alchemist that almost got you kicked off the team. “

“Overkill, things will challenge us. We might put on helms that possess us or swords that transform us into killers”, the dwarf smiled while Tyvernos continued, “but we must maintain course. I hope you consider me your friend still. I and all of CrIsis have had your back all the time while in our right minds and I am certain that you have done the same. Push through the challenges and focus. This is our moment and we will deliver it to Isis and the gods.”

“Wow you really put some thought in that.”

“Thanks, you can do the same. Overkill do not trouble yourself; fresh courage take. I will always trust you in your right mind.”

The two men both smiled and even chuckled while they went to their respective bedrolls. The fire was watched by those on watch. Overkill spent most of the night thinking of Tyvernos and what he said. He was going to be tougher and and stop taking crap from himself and his enemies.

Overkill.
Written by Overkill on the Grekar 12 the 1st year of King Wilgan.

Thanks. Had to get that off my chest and get back on course.

The amount of times Overkill survived death, it MAKES him a GOD! My goodness, he has been resurrected more times than Osiris himself. Time to drink the Ambrosia and cowboy up!!

All OK needs is some worshipers and he’ll be set!

Thanks for the kindness — put a few words in Tyvernos’s mouth that might not have otherwise been there. But then, if I were writing it the log would have stopped at…

Tyvernos’s response would probably have been, “The gods do so tough titties; now get some shut-eye before I smear your balls with peanut butter and point the Finger of Osiris in Otto’s direction.”

A Captains Rebuttal A Dwarfs Spanking

My Fellow Pirate To Family