Goodness and Patience for Fear 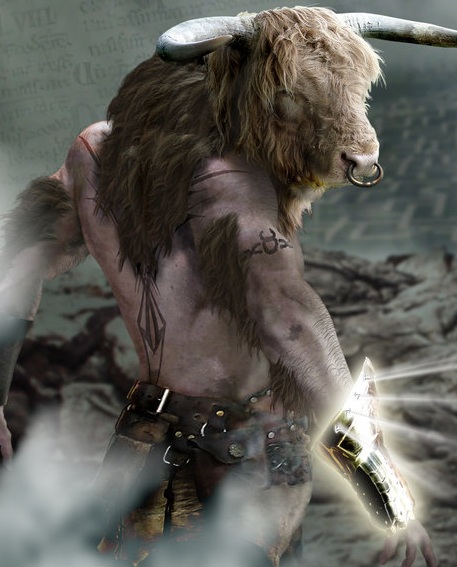 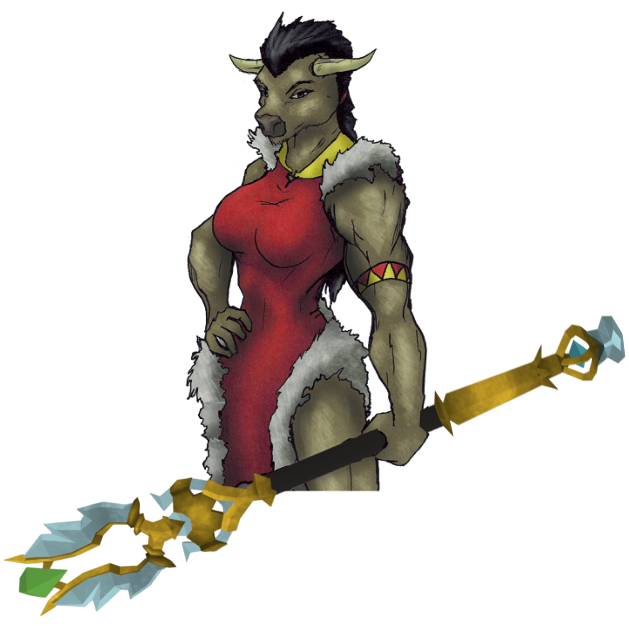 It is my sincerest hope the quest to re-populate Isis’s temple in Troker is going well, I bear word Father Philip is sending two priests to move to Troker and they know they’ll be working with Minotaurs and we’ll be working with Hoomans.

Well I have visited a place called the Commonwealth of Yin-Sloth, and met an elf named Mikala Groff, also runs the shipping company bringing the gold. It is said that among the south and east they are a large company called, Gold Coast Trading. We also met an ancient Wizard of fearsome renown called Sulyott. I did speak with him but briefly, the old fear with Master Aesyl came back I would look stupid. Given everything I have gone through I can’t be THAT dumb.

..Please let that be true!…

He gifted me with a necklace of red stones that people recognized in town as “THIS MONSTER IS OKAY.” Oh, and when one of them tried to make me out as an old one worshiper the gods SMOTE HIM for lying! THEY DEFENDED ME! Keep praying my Brother and Sister-in-law to be, the gods will be kind to us! Stay to the light and heal her Temple with priests and protecters in Troker.

Our weird looking companion Bruce took off to find his way home, safe travels to him. We were blessed by Master Azariel’s replacement, a creature that looks like a tall for a hooman, but a flying squirrel, I am sorry I just can’t adequately explain Ja’Deir well enough. However, he healed my melancholy along with the gods that blessed me with knowledge they are watching over you all. It was the only thing I begged of Great and Wonderful Isis of and they told me and gave me a feather. Like those your souls are weighed against when you die. Mine is tied to the Lawgiver’s leg bone, and is helping people merely look at it as a staff of a hedge wizard.

Brother Indaris saved us all from a pirate raid by Teleporting us via the “Grace of the Lady!” to Aracho somewhere in an south eastern land called Timiro. Finding the ship empty must have been odd to the pirates of a white sail and Black dot. I’ll describe what I learned just keep reading

Well while the rest of the group made plans about how to get to our trials to become Lopanic Olympian contestants. I had to say good bye briefly to Sir Quixis, as he headed off to the nearby city handling his trials. I spent the large amount of the 1st and 2nd of Pegasus in a Church because I saw how the people left, scared. I am past being angry about this. It does get tiresome, but how are we to become known for good if we are not seen. It was a point in my prayers to the gods of light. Father Phillip, bless him referred to me as a “Titan of Old.”

On the second of Pegasus we made it again to “Grace of the Lady,” once more to Rogtilda! Thus we began sailing east once more a whole team. From the 3rd of Pegasus through the 5th we had smooth sailing, on the 6th we spotted and help Captain Ovekill avoid a reef. The 7th nearly killed us because we ran into an elemental and once we could communicate were able to just leave his dominion. Then just as we got clear of that we were surrounded by the pirate known as Blackbeard, of Edward Tyak.

Ja’Dier attacked the helmsman, tossing him overboard. The pirates have reason to attack now so they cry out! Using arrows of lightning like the Cyclops of old, Master Cava blows up the wheelhouse on the same ship with the missing helmsman. Hoping with the hope I learned from Ja’Dier I summoned up my power and I turned into a Gryphon and flew off to save the person we tossed overboard! While I was doing that someone created fog and CrIsis escaped. While I scared the hooman from the waters apparently small folk find Gryphons terrifying. Ohhh, but flying out over the water I kept my mouth shut so they couldn’t follow the sound.

Upon my return I saw a Land of the South Winds – Warship. I flew out and skimmed the water from the far side and as I made it to deck the gryphon landed and turned into a human. When Captain Overkill failed to convey our clever, clever, oh so clever name the naval ship made ready to board us and help. Then Captain Overkill tried to introduce himself, and lo and behold, his old pirate reputation proceed him so the ship mistakenly made ready to deal with us as pirates! I ran up and as I jumped off trying to give my teammates time to prepare I canceled the Hooman amulet and returned to a Gryphon shape! I skimmed their deck trying to scare and distract them. I got hit by arrows and siege spears but made it through. I took a wide bank as they turned back to the ship Rogtilda and my friends!

This time I came up just over the water on the warship’s far side, Brother, when I return we shall fly together you and I, so you can know the sheer joy of seeing the world from up here! Now as I near the hull I bank up, upon passing over the deckline I cast a ‘Carpet of Adhesion’ catching everyone on deck at that time. Next the good Brother Indaris calls out to the Land of the Southwinds warship. “We are both working for the side of good, no-one is injured yet but if anyone on our ship is Injured we will have to class you as Pirates and treat you as such and report your ship to the Timorese Navy.” So many of them follow this faith we were cut loose, everything is okay!

On the 8th of Pegasus, the day was beautiful and Ja’Deir and Brother Indaris engaged me in a debate about being good and a course of action. We talked for days about what was good, was being good helping evil, ways to perform good. What was most surprising was that I disagreed a lot with them on many point about how to be good. It was so wonderful to talk for over 6 days I missed our stop in Ironshod on the 13th of Pegasus. By the 17th, one day earlier than schedule said would be possible we pulled into port at New Crest.

Since I was accepted guardedly in Mishala I did not get angry when they ran because a Minotaur was here. We had to defend ourselves with your our magic because they were using city resources to get the catapult to fire on us. Mikala shows up and he send a guard to hale his brother and workout that since the Western Empire used Wolfen they could use a minotaur.

They are still working out details as I write this.

Your replacement is nice and all, but...

Fear and Loathing in New Crests

I Miss You Good Sir