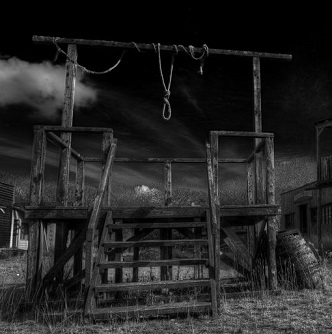 The Man arrived back from his journey at night just in time for first dawn. It would be a matter of time before now before they were arrive…he was too late they were all up and standing around some fox man. The man wondered what the fox was saying. As he approached, he noticed the ring. Looks like this guy would be taking Mack’s place. He then noticed that Rooster was gone as well. His heart sank as this sank in. The only other human who had experienced some of life’s roughest and darkest moments was gone. The priest still seems sheltered, but means well. He stood by the group as they asked him questions. He waited quietly for his turn to speak. His mind was focused on the night before. The moment came, “We need to talk in a more private place.” It took at while for it to sink in, but the group finally did. Ursus lead the group over a dune. This was a bit more than the privacy requested, but it worked. That was when warning was called for an ambush. The group prepared for a battle.

The Man blinked and realized he was inside a building. Some guards approached and questioned us. This was proceeded by the approach of Forenque. He greeted the group, but Xer’xes warned that this would be a momentary stay of refuge and asked for some privacy as well as some amulets. Forenque obliged and the Man beckoned Xer’xes to ear level. He let him know of Mack’s return. This was followed by shock and detailed explaining of the events of the previous night concerning Mack. This was when Silent Dream, the fox told use more about himself. He seemed like a good lad. Then he spoke the words. The God of Death was coming for the Man. It looks like the hangman is coming down from the gallows and the Man doesn’t have much time.

Once again, the group teleported onto Rogtilda. He seemed weak. Everyone could tell. They discussed things. These things did not matter to him. All he cared about was the fallen. Time was of the essence especially with being hunted. The group headed out to see Mistress Vesuvia. On the way to visit her a familiar voice chuckled at the group with several ratlings. Xer’xes said just one thing, “140 days”. Ratel stood there with anger in his eyes. The Man greeted him with his weapon. They made quick work of Ratel. He’ll be back one day. He then turned his eyes to his new foe, Kirgi. He announced his allegiances and his presence before attacking. Grignak and the Man took turns swinging at the beast along with Jershon. Ursus made quick work of the ratlings along with the priest. Once the ratlings were dispatched the group wailed on Kirgi until he conceded defeat and teleported away. The group stood there silently pondering what this meant. They headed to Vesuvia. The Man thought about Utu. Maybe the he wasn’t alone in this. He felt a hand resting on his shoulder as he stood in the back of the room where his group chatted with Vesuvia. Her hand felt reassuring. Maybe her story is the truth. They left and headed to the bar. After a night of relaxation, he returned to his cabin where a voice said, “I’ve been waiting for you.” The Man shuddered and turned to leave.

I love the continuation of his darkness and demons.

I really enjoy the style of these logs.

The voice I hear in my head when I read these logs is a low raspy voice, not unlike Rod Serling doing his intros and outros.

Now that is how all of you are hearing also, isn’t it.

I’m interested in seeing the change in him if we can bring his wife and child back. Will death still be the all consuming force behind his actions?

He is definitely doomy and gloomy, I think we need to hire him his own personal jester to help keep his chin and spirits up ;)

Burlap looking for a gig?

The sound you hear is the GM running for the hills…

Prayer of the Unworthy

URSUS ACTUALLY GETS DRUNK WOW, what a party