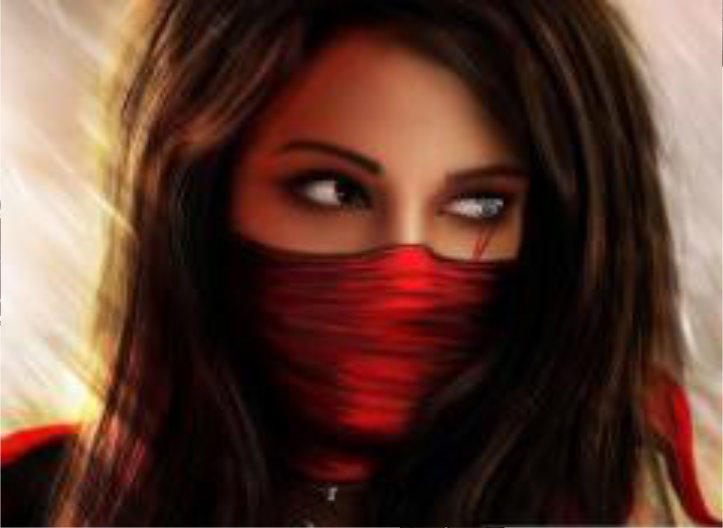 Winter on your own is an exercise in being cold, wet, and hungry. Winter with a companion is just wet and even more hungry. Chevalier, my reindeer, came at a time when I needed him. He saved my life that winter, made it possible for me to see the spring. I became more proficient in hunting and skinning. My clothing became much more than a patchwork of roughly prepared hides, and became fur lined leather clothing. A single knife and time was what it took for me to survive.

True, without the knowledge that had been provided to be by Emperor Itomas II herself I wouldn’t have been able to make use of the knife. I’d never prepared myself to live outside of the luxury that I’d acquired through my previous job. Now I was getting a crash course in survival, and I was coming out ahead.

The roads were beginning to clear of snow, but I didn’t use the roads. I was still worried about someone following me, even this far from the moment of my crime. It wasn’t often that I thought about removing Fade’s life from him, but when I did it was with a cold satisfaction that if anything chilled me worse than the snow.

Something in me was broken, and what was worse, I knew it was broken. I’d been around enough death to realize that people are affected by death. Before my brush with it, I’d been affected by death myself. For all that my profession had me jaded in relation to, well, relationships between men and women, I would be affected strongly by the pain of all those around me.

Coming back, part of me had never returned. Whether it was something in the process, or the act of killing Fade there was a hole in my chest where my heart used to be. There was something there that continued to beat, but it wasn’t a heart, or if it was, it wasn’t mine.

Consumed with these thoughts I stumbled into a clearing, almost without recognizing that the trees opened up a bit. There was a small cottage with a thatched roof in desperate need of repair on the far end of the clearing. The roof didn’t have any holes in it, that I could see, just that the thatch had suffered through a winter and was sagging in many places and generally looked a bit mildewed from my current perspective.

The remains of last years vegetable garden could be seen around the side of the cottage. Until the door opened I’d been sure that the cottage was abandoned.

“Well, don’t stand there gaping at me. Come on, there’s work to do.”

“Oh, where are my manners. Welcome, Alouette, to my humble abode. You’re here to train and I’m going to teach you. We’re already lost a couple of months in your wandering and we need to get right to it.”

“No time for hows or whys, only time for training.”

With that the strange old man relieved me of my hand crafted gear and set me to work fixing up the roof. Now, this wasn’t your normal roof repair, where you gather the thatch, bind the thatch, toss it in approximately the right place and then call it good. I was binding, hauling, moving, removing, unbinding and in general thatching his roof from sunup to sundown for a good three weeks.

My hands bled freely for the first couple of days, but slowly they healed and grew calloused and only then did I realized why he had me doing this work. My hands were soft, even now after using them to survive the winter. When he was done with me, after those three weeks, they were beginning to resemble leather more than skin.

One day during the second week while he was allowing me a couple of minutes of break to rest I asked him, “How did you know I was coming?”

“Simple, it was the only option. I figured you would be here sooner, but you weren’t.”

“That doesn’t make any sense.”

“There are only so many possibilities, only so many ways that reality can go. If you don’t use the roads, if you try to avoid them completely, then you end up heading through the defile about six miles away from my house. Someone new to the game, like you are, isn’t going to want to even cross the road, even though that’s necessary sometimes.”

“But why would I come here? And how did you know my name?”

“Well, you came here because you walked off the left side of the road when you left the city. If you’d walked off the right you’d be dead and it wouldn’t matter.”

“I can take care of myself.”

“Obviously, or you wouldn’t be here. Few people on their own without preparation survive a basilisk, however.”

“What?” I said, my blood running cold.

“For the same reason that my house is here, there is a basilisk lair on the other side of the road. The more you try to avoid something, especially a road, the fewer options you have. Lots of creatures naturally avoid the road, and so end up wandering toward me or the basilisk. It keeps me on my toes and keeps my training sharp. It keeps the basilisk fed.”

“That’s crazy. There’s no way there are still basilisks in the Western Empire.”

“How big is the Western Empire?”

“Correct…if simple. So, how big is that, really?”

“Not that big? There are so many people that live in the empire.”

“There are many people who live in cities in the empire. People are social creatures. We seek after companionship and that means we cluster. There are large open spaces in the empire, spaces filled with fairies and bears and even dragons.”

“There are no…wait, are there?”

“Truthfully? I don’t know, but there could be. There is enough space.”

The thought boggled my mind. The safest country in the world, or so I thought at the time, was home to possibly dragons. I felt horribly naive.

“As to knowing your name? Well, unlike you, I spent some of this winter in the company of other people and I heard about your escape from the city, and how they think you killed someone.”

“Who condemned him to death?”

“His own actions did.”

“How very noble of you, ascribing to yourself knowledge of justice and law and taking it upon yourself to mete out the same on your own authority.”

For the first time this winter I felt shame in my actions. “Fade tried to have me killed.” I said almost to myself and the man, whose name I never knew, then or now, nodded at me.

“Then you may begin to call me Master. I’ve decided not to kill you after all.”

“I’m not going to kill you and take your body back to the city. You’ve proven yourself a good worker. You’re resourceful enough to survive the winter on your own in the wild. And you admitted your real reason for killing a man. Never forget that. You will be asked to kill people for less worthy reasons, but never lie to yourself about why you’re doing it. That way leads to madness.”

“I don’t understand you.”

“Good, because I don’t understand me much either,” he said and then he walked off laughing. It made me wonder how many lies he told to himself before he became the way he was…and when he realized that he was no longer sane enough to live with everyone else.

Thus concludes the third chapter in the story of Allouette.

Image from wallpapers.com with minor editing by AZ_RUNE

Intriguing, and I await the next facet in the story!

“There was something there that continued to beat, but it wasn’t a heart, or if it was, it wasn’t mine.”
Great line!
See, everyone, I am not the only one who creates crazy old mentors….

nice writing, if your practicing to write your own novel you can stop practicing.