Life of a (Short) Sailor

Careful what you ask for 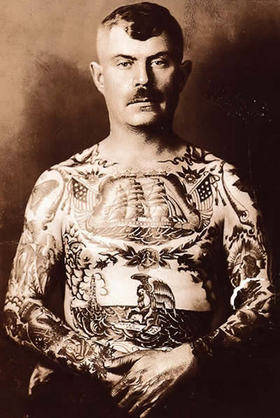 Bonifacious “CROW” Raven was a year out of boot, and had been on his first duty assignment for 6 months when he finally got some shore leave. He went to the first tavern just like any sailor would. He got some food & drink and found a table to sit at; he was thinking about what plans he had made for the day. He was wearing his Lopan Navy semi dress uniform. After a while a couple of reprobates walked in got a couple of large ales and sat at the table next to his. They chugged down the drinks, got another round, and chugged those down also. They were loud and boisterous about their many exploits as hired muscle for a local privateer. The one was eyeing Crow heavily. After a couple more quick rounds of heavy ale, he stood up and approached Crow.

“Your kinda short to be playin’ sailor, kiddy.”

Crow ignored him. He loudly asked

“How many have you killed Squiddy.”

“HOW MANY HAVE YOU KILLED SQUIDDY.”

His buddy jumped up echoing

“Yeah, how many Squiddy.”

He continued to ignore them until they flipped the table dumping his Drink & meal. He jumped up immediately and said

“You two should back off, I don’t want any of your shite.”

The two looked at each other, smiled, turned back and lunged. Crow snapped off the legs of his chair, and begin to pummel and trounce the brutes. After both were lying on the floor unconscious, Crow not having even a uniform flap out of place, the Constabulary came rushing into the tavern demanding an explanation. The barkeep stepped up and said

“Why in all that is holy, is the sailor holding those sticks?”

At that the two were dragged off to the stockade for display. As Crow was paying and leaving he noticed the Lopanic Navy insignia tattooed on the barkeeps inner arm.

“Thank you, kind sir, I thought it was the brig for me.”

Another great story. Loved it (now that I think of it, love dwarves).

This is great! ! I love learning more about the ship’s crew.