O Great Apis, Why Must This Kankoran Fly?

Xerx’ses teleported us to their ship at the island of Y-Oda. While there a God and his minions attacked us. We made him run away. It was mostly everyone else. I did help but I have a long way to go before I am on their level.

Moli this ship is amazing. He is possessed by the spirit of a former CrIsis member named Roggan. He talked with us sometimes as we travel. He worshiped Apis too. I pray to her every day for him. We sail to Timiro for his final days. He is dying. CrIsis honors his wish to return to his homeland. 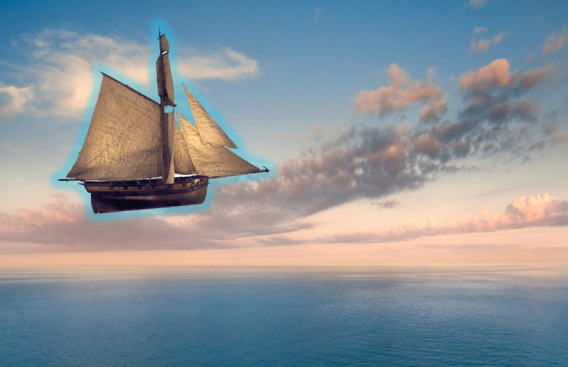 The ship is called Rogtilda. Did I tell you that he flies? The ship of CrIsis can sail the ocean and fly in the skies. We have flown most of the way to Timiro. It is the fastest way to get Roggan there. We must get there before the Festival of Apis. O Great Apis, why must this Kankoran fly? That is a prayer I have said to Apis. I have prayed many prayers to Apis. More than I can count. I have thanked her. I have confessed my doubts to her. I build my resolve through her. I pray to her for you, for all my family, my old friends, and my new friends.

My first morning with CrIsis I was transported to Ma’ip again. All of CrIsis was. So was our enemy ReSet. We sat at a large table with the Gods of the Pantheon of Ra and the Pantheon of Taut all around us. Apis herself was next to me! I was awestruck. We were witness to the Gods arguing over the power of CrIsis and whether the Agreement had been broken. It hasn’t.

Xerx’ses was named a Demigod. This unbalanced CrIsis and ReSet. A compromise was reached. They will raise one of their own to be a Demigod as well. The Man Without a Name did some things which upset the Pantheon of Taut as well. He has the power to send souls straight to Khonsu. Two had been sent so far and they were angry. “How is what I did different than what you have done?” The Nameless Man interrupted the gods and asked them that. They listened to his words! An accord was reached. They would allow what he has done as long as he does not exceed the number they took.

We were returned to Rogtilda. But we did not return alone. The legendary hero Jidian Kulder was now with us! The gods sent him to travel with us. I was able to scout alongside him through the city of Haven. We stopped there briefly for supplies. But I am very embarrassed. “Tell me about yourself.” He asked me that question. But I could not speak clearly! I stammered, helpless as a child before the Woods. “Tell me about where you’re from.” He asked me that later. Again I failed to muster a reply. He did not ask me any more questions.

We made it to Credia in Timiro the night before the festival began. But we could not stay. Xerx’ses needed to teleport us to Wisdom. He and Indaris needed to go to the Tri-Arcanum guild. When I heard that weeks earlier I was angry. "The same guild that laid siege to Havea for so long?" That was what I growled at them in the tongue of my people. Only Jidian understood what I said. In the confusion I calmed down. They explained the old guild leader was dead. I recalled reading that in the books. A new guild leader would be selected. Xerx’ses hoped it to be him. He wanted to make the guild better. Their words made sense.

So we all said goodbye to Roggan. “Roggan, can you see Timiro? We are here. We made it.” I tried to tell Roggan that. He was asleep. I let him stay asleep. I prayed again to Apis for him. I am sad that he had to go. I am glad he is going to Apis. We made ourselves ready to go. Xerx’ses teleported us to Wisdom. This did not go as expected.

“CrIsis, we were waiting for you.” Those words greeted us upon our arrival. We did not arrive inside the guild tower as expected. We were standing on the top. Several dishonorable mages and psychics stood around us. They were attempting to ambush us. They had made preparations. They thought they were prepared. They were not. I was a small surprise. Xerx’ses taking flight was a big surprise. They trapped us within a fence made of lightning. Grignak and Ursus braved it to take the fight to them savagely. Jidian, Indaris and I stayed within the fence. One by one our attackers fell. The few survivors ran away. We were left alone on the roof of the tower. This is where we are now. We are so very high in the air. Why must this tower be so tall?

Sometimes I feel overwhelmed. But I think it is good that I am here. Tonight I felt useful to CrIsis. I no longer have to believe that Apis was right. Now I know it.

Note: This letter written in Elven, on parchment paper, on the 19th day of Grekar, in the seventy-second year of the Great Wolfen Empire.

I am glad that his personality is starting to creep out. So unassuming.

He kinda reminds me of a cross between Mr Miyagi of the Karate Kid and Splinter from TMNT when they were much younger.

“…take the fight to them savagely.” I guess that is one way to describe the carnage that was leveled against the foes. Maybe the others will learn…maybe not.

Saga Of The Most Dangerous Man In The World