Prayer of the Unworthy 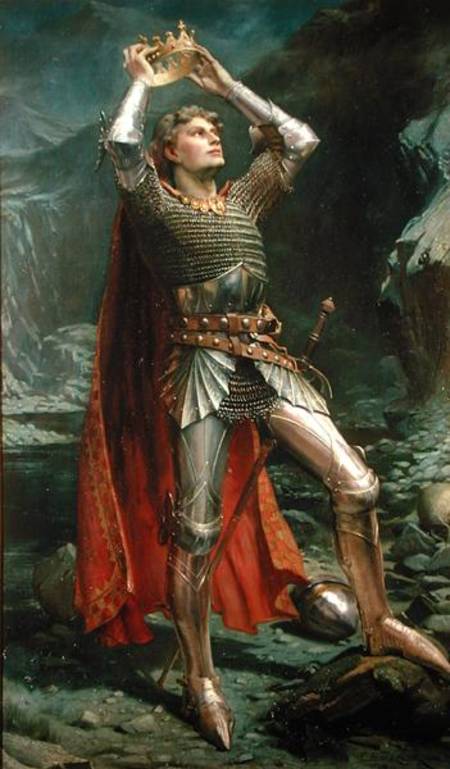 I don’t know what I’m doing. I’m not some hero of the stories. I’m a shaman. What’s more I’m a slave. Not an escaped slave, or a freed slave. I’m a simple run of the mill slave who is currently not under the control of his master.

I liked my life. It was comfortable and safe and I got to cut people in two who were asking for the pleasure of it. There is little pleasure to be had out here in the cold, and even less safety. People are actually attempting to kill me.

With my success in the arena, I would assume that I was a warrior to be feared. It means nothing in a street brawl. There aren’t ordered lines of enemies that rush at each other, giving you the opportunity to prepare and simply destroy them.

I miss order. I miss warm environs. I miss my chains. It wasn’t something I ever thought that I would miss, and was in fact something I desired to thrust off when I was first captured, but now? Now I realize that there is comfort in knowing exactly what is expected of you.

Not that this group allows me the chance to be morose. They are a good group of beings, even if they have more internal divisions than are truly healthy for either them or the world at large. They have no leader, which is something that I can truly feel the lack of.

If only they had a single master, they might all be a bit more comfortable in this endeavor, but they all revel in the illusion of self-governance while the loudest voices seem to rule them and they flow from one fleeting desire to the next.

They are so…immature. Some of that might have to do with the youth of the members, but that can’t all be blamed upon mere youth. They claim to be unwilling to follow a strong rule, and yet they suffer from following no rule at all.

And even those leaders that they claim split their control between land and sea. From all accounts Xer’xses is an adequate sea captain, but even a captain can accept rule at sea. He will continue to run his ship with an iron fist, but let one man rule both land and sea, and let it not be Xer’xses.

And whatever you do, don’t let it be Ursus either. That man is entirely too wrapped up in his desires to ever be a truly capable leader. He has moments of brilliance, but those are few and far between. He would make a general somewhere a truly adequate sergeant.

The nameless man…there is real promise there, but he is almost as opposed to being in charge as I am. Could that be a good mark of a leader? I’d like to believe not, and especially not in my case, but nameless has some admirable qualities, not the least of which are pragmatism. That is truly required on a quest of this sort, even if I would never wish to have to be pragmatic myself.

Dreams is no leader. He is entirely too wet behind the ears, and almost takes offense at even my mildest jests. It is strange to believe that one who has so much experience could still be so naive.

Well, this is enough whining from me. I know that when the gods impose rule upon us that it seems to be even worse than when we have no ruler at all, but some nudges in the right direction would be appreciated. I don’t know how often you speak to Khonsu, but if you could ask him to nudge nameless in the right direction, it would be much appreciated.

Prayer to Bast spoken by Grignak

Love the fact that this log has been written by this player before, but not the character, and that the exclusion of Indaris from the discussion speaks volumes…

Indaris on multiple occasions has stated that he doesn’t want to be the leader. He wishes to help the leader. I would agree but, Xerx’ses is about to change in demeanor and attitude. We shall see, yes, we shall see.

I think there’s more potential candidates than Grignak realizes, though as it stands right now, from his PoV, he’s probably right. It will take time for them to be ready, and how long can CrIsis afford to wait, rudderless?

Yet, the current system of democracy has it’s advantages too – advantages which could of course seem alien and unwanted to one who’s only comfortable under the yoke of oppression.

Cool insight, though I’m not sure what the exclusion of Indaris means…

Ursus is not a Strategic leader, He is a tactical leader. His skills and prowess in Combat are superb, because he has adopted a guerrilla warfare style (from years of experience), which he is trying to teach to the others. By all means, DO NOT let him be the “CrIsis Spokesperson” or “Face” of the group.

I think that’s why we like him, helps us keep grounded, have flaws pointed out.

An Explanation (Didn't Expect an Apology From Mr. Ego, Asks the GM)