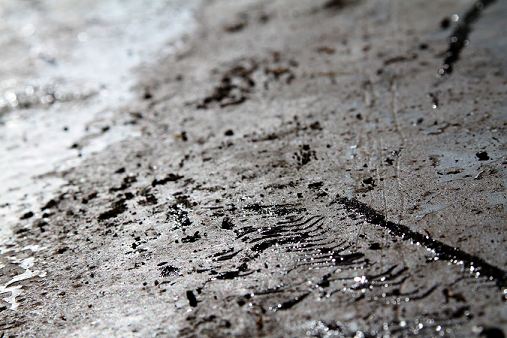 They huddled in the bar normally reserved for the thieves, scoundrels, and riffraff. The upstanding members of arcane studies were being hunted down and made an example of. These leaders of their field were now equal to those who appear to have mad cow disease. They lounged around plotting the plan that would return their status back to being accepted. Both upstanding and miscreant worked toward the cause.

The door of the basement opened. All eyes jutted towards it expecting the worst, yet hoping for another comrade. The Man walked in drenched from the rains. Water still seeped off of his overcoat. He eyed the place over letting his eyes adjust to the light. Sighs of relief were heard throughout the room. A highway robber got up and approached him with his arms open. “Looks like we on the same team now, Man!” he exclaimed with joy as he came in for an embrace.  The Man stood there as the guy approached and hugged him. It was a long embrace. The highwayman looked as though he was finally at rest as he slumped on the Man. He rolled off of him and it became clear with the dagger sticking out from under the crook’s jaw that the Man was not in a team like state. “What the hell!” shouted someone in the room. “We are on the same side! What are you doing?” screamed the leader of the operation. With grace the man hurled two daggers to each of his sides. One into the throat of a rapist, and the other flew into the heart of a pedophile.  He drew his scythe decapitating a murderer, when he saw the warlock who was building a name for himself as a drug lord and leader of the underbelly. As the attendees surrounded the man he slung the tip of his scythe into the Carl’s skull. His eyes bulged as blood and brains oozed out.

The first fist hit the man square in the jaw. He began chanting. Others rushed to tackle him and he chanted all the more. Knees, elbows and fist met the man, but he chanted all the same. “One more,” he thought, as a fist connected with his temple. Darkness filled in.

Just as he entered darkness he awoke in the same manner. A fist greeted his consciousness. “You murdered them!” shouted the leader. His lackeys wailed on the Man. “Thanks to you all, but Carl were unable to be brought back,” the mage continued. The man felt the jab of a stave knocking him to the ground. He pushed himself up off the ground. A mace met his face as it lifted and darkness filled one side as he felt the sinews of his optic nerves dangle outside of his skull. The Man looked up knowing still that lives were saved this day. He was good with that. “Leave him for the Order,” the ringleader said. “He’s finished,” the guy continued as he walked off with his posse. The Man laid in the mud. His eye resting in a pool still partially attached. Consciousness faded as a familiar figure stood over him. The Whisp grabbed his arm and drug him through the mud with all her strength.

The Man held against the wall by Indaris felt the pain in his eye once more. “You will work with him and you will help this party succeed or this will be the end of you.” Carl stood smiling in the background. If only he was successful back then. Thousands of lives for one, was it worth it?

The Man With No Name

This is your finest log, with direct correlation between then and now.

He is so willing to sacrifice all, including himself, to eradicate all that is “evil” by his judgment.

If he can remove himself from the equation we can survive long enough to bring his family back. If not then he is no good to Khonsu or anyone we might save (ie: family).

I agree- your best log yet!! Such great backstory- it will be interesting to see if The Man will actually work with Carl.

I really enjoyed how this turned out to be a flashback happening in the moment when Indaris and No Name had their confrontation.

Can the Mountain Forget the Sky?

He Wears Many Hats