The Right Hand of Osiris - Part 2

While casting I am using a hand to scrawl briefly an update to the events of hour tunneling a few hours after my last missive. We face our third Mummy Immortalus and Master Ja’Deir has informed us about wrappings but I am moving events to quickly.

From when we stopped on the “Primary level” to discuss events in the last missive we decided Master Tyvernos should summon a ‘lesser air elemental’ to guard our rear side while we push onward to the Tezcat Necromancer. The Divine Index Finger kept showing us the way and down as though we had made it to the correct cave system at last just he was somewhere below us in the dark. At this point it did kinda feel like hunting those nearby cannibal minotaurs in the next set of caverns at home.

We began to hear noise a few minutes after my little buddy began his chanting to merge his soul to the plane of Air and bring forth his elemental brethren. A few of us began to move to a 4-way junction in the tunnel tracks of this mine. Might I add this was very well laid out mine complex (more to that later). We were greeted with the undead and some FOUL NECRO-LIGHTNING of the color of night! When it hit me not a single muscle twinged but I felt my soul BURN! I yanked back and dropped a Carpet of Adhesion spell down over the entire 4-points of access to the dungeon.

As my companions began to lend aid whilst my shouting about black lightning. Master Asher had thrown a set of his holy daggers and lost one through the floor. Light shown through and when he tried to make the hole bigger to get it back a sink hole opened up dropping us nearly fifty feet! Through luck I was able to grab Asher before he fell through below. Were it not for the potent durability of my little buddy’s magic giving us the power to fly still we might have all died right there! However, by the grace of the Pantheon of Light they stuck our rag tag band together and this motley mix seems to be a chef’s recipe for heroism! For every trial we face we are still here. While I am worried about the Agent knowing our true names I suspect one of the hidden blessings of the Pantheon of Light is that they are preventing that form of summons. Why I finally see their hand now I do not know but having nine tenths of every mortal I have ever known killed by the Pantheon of Dark seems to have focused my awareness of blessings from on high.

On the “Secondary level” I had a chance to look up and my spell was holding a portion of the tracts and rock in place, above us! Venturing forward we found the kitchen where they cook those they kill! THIS DID NOT SMELL LIKE HOME! Regardless of being underground burning hair, flesh, and boiling blood is disgusting to say the least. We set upon the undead and Tezcats here en masse and with vengeance! The bastard necromancer had come down from above in some back tunnel and hit me once more with FOUL NECRO-LIGHTNING, so I twisted his head around backwards to grant him a different perspective in the afterlife. My friends went back to looking for the dagger and since I had mystically augmented my strength and speed I flew through the debris to recover the dagger missing. Master Asher seemed quite overjoyed and a friendship began there I think. As we moved forward over an underground river that still had a steady stream of BLOOD running down it did we learn some rather sad news about Kobolds raise their young. Poor Master Asher was fed blood in his homeland where his parents worshiped Set the Vile, and he was asking to go get some to drink! While none among us could hide our revulsion I felt pity for the poor creature knew no better. Let the world think ill of me please be kind or omit this little fact for I do wish him well if he lives through our ordeal. We eventually came across a pit mining operation and after more orcs were slain and a few chased off were Masters Overkill, Tyvernos, and Asher able to determine this was an ancient Dwarven Mine. None of my historical readings mentioned any enclaves of Dwarves in the Yin-Sloth Jungles, a mystery indeed. There were huge veins of gold visible in the walls and floor. I think my feet may be dusted in the yellowish ore now. From there we continued following the finger and blood stream. We diverted to check one more cave and clear out anyone in it. 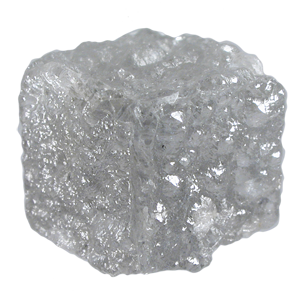 This cavern had gemstones in enormous quantity and size such that a diamond embedded in the wall was the size of Master Overkill. The poor dwarf fretted over the thing much I broke two chunks off and gave him one and kept the other for our “Earth Warlock” soul infused ship, Rogtilda. I would say the wealth was tempting but I just want out of this jungle and never come back! In the end of the cavern we found chiseled stairs leading down and we took them.

Upon our arrival to the “Tertiary level” we noticed the cavern return to a natural state not shaped by Dwarf hands. We had a prolonged battle with orcs in these tunnels from one direction and then undead from another direction. I have nearly forgotten to mention Master Tyvernos’ has been communicating with me much more in these fights – focusing his elemental fury – and his brave canine familiar Otto the Bold, who has been charging forward and slaying the monster alongside nearly joined Benevolent Bennu. Were it not for Master Asher and his third holy dagger: Apis Horn, he used his mind to move the dagger through the combat and heal our little buddy’s beloved companion! I think I mentioned motley heroes and such acts are the stuff of grace under fire! My friends may never know how much they inspire me to try and lead them well. During this battle I had one of my few misplaced lightning bolts and I saw Master Overkill’s body glow and then wilt in smoke!

The following moments were not a happy place for me as rage took over and I charged the undead crushing one completely under my feet and shoving another back into the tunnel creating an avenue for others to attack. Then Master Ja’Deir called out for everyone to back up out of this set of tunnels. After the last undead near was smashed by the Lawbringer’s Thighbone I was able to retreat bringing up the rear. Brother Indaris had lept in and restored the good Dwarf before death could claim him!!! Master Ja’Deir then erected and barrier of mental energry allowing us to shut that portion of the cave system off while we checked the rest of this area.

Out of Character Note: follow the yellowish-green rectangle and then arrows to see our progress.

We soon realized the direction the Divine Finger was pointing through the wall at the farthest corner of what we could find. We would have to double back and go through the mental energy wall!

Out of Character Note: follow the light-blue rectangle and arrow for that part of our progress.

There was a boulder we had to climb, however, our magical flight was still in effect and we surpassed that issue with ease. Once we pass there was another fork in the tunnel and I blocked off one passage with a Carpet of Adhesion spell and

were set upon by undead mummies and many animated dead in their wake. Master Ja’Deir went ‘All or Nothing’ on a wild strike and slipped between the bandages of the mummy slicing it in half! The lightning from the Lawbringer’s Thighbone appeared ineffective and then Ja’Deir realized we were facing two Mummy Immortalus creations! The second one dropped a Carpet of Adhesion spell of his own on US!! Master Tyvernos was able to drop enough lightning down onto the second one that the gaps in the banadages were enough to send it to permanent death! Master Asher brandished his holy dagger he called Ra’s Will and banished ALL of the supporting walking dead behind the Mummy Immortalus, except one. Which turned out to be a third of these creatures and so battle continues!

Now I would mention THE MOST DANGEROUS MAN IN THE WORLD more except he is with us at every turn, every battle, and without him we would have faired poorer or not at all. Needless to say if he points his bow at something it should begin making peace with the last few seconds of its existence. THHWWOOOMMP! Dead! Then he smiles and takes aim again.

Well onward we go, and in accepting the grace the gods have bestowed upon me I have shed my old moniker for one more befitting my role in this life. So signed below.

Be well good Scribe of Light,

>>> Written by Xerx’ses Goldenflail,
later upon the 12th of Grekar, 70th Year of the Wolfen Empire, 2nd year of King Guy the First of the Timiro Kingdom, and 343 year of the Dominion of Man. <<<

Ondemeira picture by our own AZ Rune.
Mummy picture by Gosu.
Diamond chunk from Rough Diamonds.

Cool- I think I will set up Xerx’ses retirement home in the Yin Sloth Jungle….
Nice work!

Only if you want to be responsible for the world’s largest natural disaster to a jungle ever known! Phhhhtttt :-P

A Captains Rebuttal A Dwarfs Spanking

My Fellow Pirate To Family