A Missive to a Priest 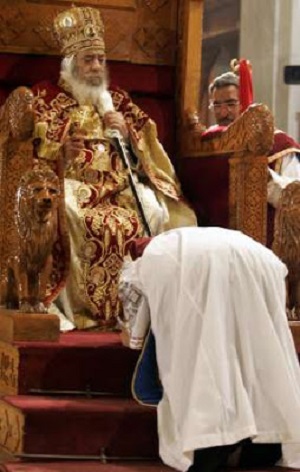 I must state that I wish to stay out of all internal politics. It is the Church’s policy to suggest, influence and advise, but not to rule. Off the record, however, I, after experiencing some of the Agent’s “hospitality” I cannot sit idly by.

So, my son, you are to come home, to Sekti-Abtu. All priests are required to make the trek at least once in their lifetime, and there is no better opportunity than now! A new Pyramid of Osiris now dominates the square, and is patrolled by a Seraph, a Sphinx, a Ramen, and a Phoenixi! I briefly spoke to each of them- I look forward to a period of time when things return to normal so that I can discuss the book of Ma’at, and speak with them about Ma’ip. Good Father Lamriel also joined me before returning to the chaos of Western Empire politics. Normal! I know that the word has been foreign to you since you joined CrIsis. I should give you a brief note as to what happened here over the past few months.

Back on Corg 21, in the 22nd year of Emperor Itomas, I received a pigeon from Bishop Tutu. That very evening he was taken! As Holder of the Sacred Ankh I am always aware of all locations of all priests of the Church of Light and Dark, and with the Staff of Ra and Sun Disk I am able to do a great many things! Praise be to the Gods for granting me such powers! Yet I was not able to reach him. Having exhausted all resources I asked that Bishop Rose contact you. That was on the 26th of Corg, 5 days later. I never heard from her if you had found him, or any trace thereof, for by the time you reached Timiro Rose herself was gone!! Father Lamriel was taken after I was.

I know that many things were said by the imposters of all of the high officials. The only ones that survived were the Acamarch, Forenque Dnng, who gathered all those that were strong of the Light, and held the treasury, along with Ramen, Sphinx, Phoenixi, and a Great Horned Dragon named Gromhuran. The dragon had a cryptic message to you all- “All debts are paid.” I must be told that story. There is also a note here for Xerx’ses as well from him- it is well warded.

To my taking- well, I shall tell you more once you arrive. Let us just say that Anubis himself appeared to me, whisked me to Ma’ip, and the next thing I knew I was being held by a bloodied and battered Apis. She told me to reach out to you, good priest, and let CrIsis know that the new pyramid here was to house a piece of Osiris. There are other notes for each of you that I shall give when you arrive. I was brought back to Sekti-Abtu upon the 12th of Grekar, where I made a speech declaring that the Dark had been trying to defame your good names.

I apologize that I have not reached out sooner. I have been in days of discussions with the Gods themselves! The Agent, myself, Apis, Isis, Anubis, and Bes all have negotiated ground rules- they are to be signed in blood by all!

I shall show you the agreement once you arrive- I am not allowed to discuss it further. The one warning I can give you is pay attention to the order you arrived in CrIsis- it will save you losing Osiris parts to Çynopolis.

I look forward to seeing you soon. Please give me some idea as to when that will be!

Sent on the 26th of Grekar in the 23rd year of Emperor Voelkian Itomas II, written by U’Selekma, Pontiff of the Church of Light and Dark, Holder of the Sacred Ankh, possessor of the Greyhound Head Staff of Ra, and wielder of the Sun Disk.

Too bad Oathbringer is still in a bag…. 7 days later…

Bow Before Me Save Me the Time...

The End is Near But You Are Just Beginning