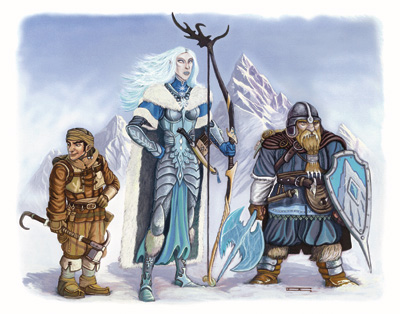 Leaving Otter was with mixed emotions. The damage repaired (I do not want to talk about my piloting skills) and the supplies restored we bid Malkin ado but before we left he gave gifts. The gift to me was a compass. I already have one so I gave it to the man who gave me the talisman that teleported people to the city of Cynopolis; almost a trade off for Cava’s gift.

With a new sail and high hopes the trip went off without a hitch and in a matter of 4 weeks we were at our resting point, Me’zfii Onh. While on the sea we encountered a dragon (I know that you are brewing with excitement but alas I do not have much to tell as a good omen scared it off).

It’s hard to know what the legend Jason. was thinking when he was a pirate hundreds of years ago (give or take a year) but I imagine that if he was anything like me that he enjoyed the cover of the cold and the harsh waters to cover his tracks. I haven’t been in this area in such a long time I forgot how cold it get here. Even my gloves are not warm enough to keep out the frost.

When we arrived at Me’zfii Onh we were greeted by my old friend Stweeb an old bar tender that ran the pub here called (the) Morning Star; great place. You remember it. We visited it a couple of years ago together. Good ole Stweeb remembered me like I lived there and offered us as much information as he could remember; said that I missed you by two weeks. Damn. It was while we were making acquaintances that our dear Wolfen priest stood up and told us that he was leaving for an emergency at home. I recalled that something similar happened when Chu left. Personal things rose to a point that the person could not stay and be in the right mindset. How strange.

After the Wolfen was toasted he too was generous and gave gifts. When sent him on his way Tyvernos asked if we would allow him to visit his home. We all knew that he visited the area and he knew of the library of Alarassa but I had no idea of what was in store.

It took us two weeks to get there and even got to talk to giants (nice people when they are not trying to kill you); turned out that they warned us of a trap that the Elves of this region had set. We almost got into a fight and I even was quick on my toes with my two swords (and my precious ring). Nothing happened though. They quickly recognized one of our party and that was the end of it.

I found out that when we arrived in what was now Alarassa Renato (New Alarassa) that the city (if you would call a tree dwelling that) had Elves rebuilding to form a new life and library. Among them was an uncle of the Gnome (if Elves can be that). It was a good thing too because they looked like they wanted to cut us open. The blades they were using I had seen before by a previous comrade Bexx. He had one I am sure of it. You want to know one more thing? I met another Defiler, Firsar a zodiac mage among the Elves; aren’t I the lucky one? I almost wish that you had come with me on this journey.

Ok, cool stuff aside. We met with the Gnomes parents and then took the long journey back, only to run into Vampires and a witch! Damn! Am I right? You know it! Those buggers are quick and deadly. I just wish that through it all that I had the chance to cut down the witch. The er… witch just stood there like a puppeteer running a show of blood thirsty rabid men. I just wish that I had got a good chance to kill her. I do not know much about vampires or witches for that matter but I do know one thing. They are better off dead! When I came into attack the vampires were quick and bouncing from one victim to the next. It was any wonder that we got rid of them at all. Who was that witch? Why here? Why now? I got to go and check on the town to see if they are all ok, because those vampires seemed hungry.

At any rate, perhaps we will get to meet some day.

Posted by Overkill on the 25th of Grekar, in the 23nd year of King Bafag.

Picture courtesy of Wiki of Deepingdale.

Nice to see Alarassa being rebuilt.