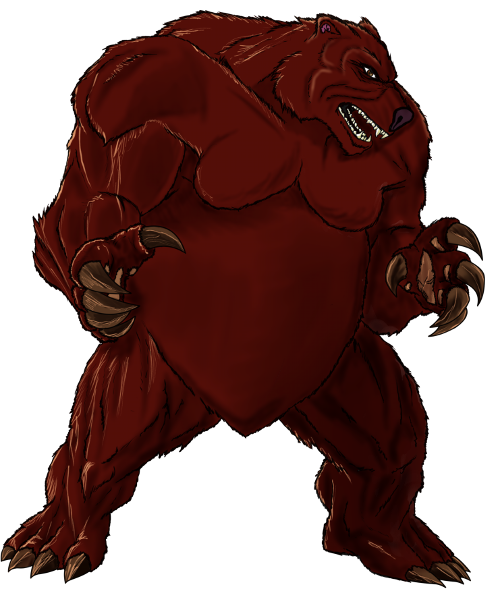 I am also thrilled that you are alive and well. It has been a good few days since I was able to get that last letter off. Where do I start, sometimes my thoughts get all jumbled around, well let’s just take in order of when.

9th of Kompak, morning: We are transported somewhere in the middle of the The Red Deserts, and we see the Blessing on the horizon. We formulation a plan to take them down and retrieve the book they stole. All goes well, until we realize they are out ranging us. I attempted to strike with arrow & bow, but my skills were unusually reduced. At first I called for a tactical retreat, but Tiny blasted all with one of his crazy magic thingy clouds, IDK. All I know is all magic ceased and stoppid. That was our indication from him to press the battle. Things were going well, but having taking several strong blows from a strange wind, I was weakened greatly. I still pressed forward, changing to bear (yes I know, it shocked me to, changing in the middle of the day? But I just knew I could do it. I had heard some rumors about this, but had never known one that could.) Well, we pressed and started to turn the tide. Unfortunately, some little pip squeak landed a lucky blow & I was felled. The others continued on without me, striking the rest down one by one. PaPa prayed some crazy prayer and I was back up. EmEm, felled 3 by himself, I am quite proud of him, OH, I guess he also sent 2 of their souls to Khonsu for judgement, YEAH… …weird, that’s usually where HE says something, well I guess he will speak when he needs to. We lost MackDaddy, though. Cock-A-Doodle showed up quickly after that. After dispatching them (we think we got them all) we started to rest and heal, when a new threat approached. But our fears werented warranted. A small tribe of Minotaurs approached from the north, recognizing Tiny, then the rest of us, invited us to join them for supping. 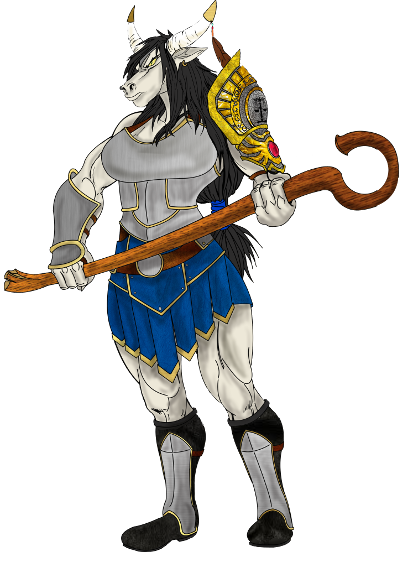 9th of Kompak, evening: I agreed to dine with the tribe (they had to ask?, lots of new foods to try). During the feast I meandered about drinking this, eating that, whatever looked and smelled good, not any meat though, so I mostly dranks and nibbled on my pig meat. While socializing [reader’s note: Ursus drinks and eats everything close to palatable and liquid in sight at parties and banquets. This is what Ursus thinks is socializing; it’s all he has ever known] near the back of the great hall, a young minotaur was shoved into me; bouncing off and onto the floor hard. His friends laughed hard at the officiousness of the scene. I tried to ignore the whole thing as childish games, when the target of the joke tried to turn the tables. He grabbed me, trying to arm whip him into his friends; Ursus don’t budge. He tried again and again, I just stared in bewilderment. I had never seen such a strange welcoming ritual. His friends laughed even harder. At this point my interest is peaked and wanted to join in; the drink has loosened me even more than usual, I guess. With this I bellows “OK, that was fun, my turn.” I grabs the young minotaur by the collar and scruff. The minotaur had an extremely stunned look on his face as he struggles to get free from my grasp. I waits for the friends to collect themselves, once they see what is going on they all also have the same stunned look. With that I gingerly (well not that gingerly) shoves him into his friends, ALL of them tumble like bowling pins. Snorts, howls, grunts and groans rise from the pile. I almost spilled a drop from my large tankard [readers note: small keg]. I walks over to the pile to assess that they are mostly ok; I thinks I may have shoved harder than intended. The pile moans, but slowly they ALL start to giggle and laugh hardily. After a few moments of laughter, the first one, Are’fajar Fearlessheart, yells out “GET HIM!” With that the pile raises up and gang tackles me (readers note: think rugby scrum with Ursus on one side). At first I was caught off guard, but I recovers and tries to dig in with my back paws and claws, but the initial surprise and amount of minotaurs is too much even for Ursus. All…um…1…2…3…7…A…Ω…ﯓ…$…§…um…yes all 10 of us goes back flopping into a massive pile. The tankard goes crashing onto the floor, spilling my precious drink. All in the heap start to laugh loudly and hardily, including me; which bellowed and echoed throughout the large cavernous dining hall. I saw some glances and worried looks from some of CrIsis, but the Tribe members they are socializing with assuage any apprehensions by saying that the young ones always end up in some kind of friendly brawl and no one really ever gets hurt. Me and my new friends continue to drink, eat, and “brawl” long into the night and early morning. They all try to outdo me in everything brawn, eating, drinking, stamina. When most of them are passed out or too drunk to walk, I and Jarfa’ruk drag and assist everyone to their paddock, all…um…A…Ω…ﯓ…um…yeah, 10 of us pass out or fall asleep in a giant mass.

These are the names of my new Friends:
1. Are’fajar Fearlessheart – He is the self-appointed leader of this sub-herd of the tribe – He is a fledgling Crusader of Light
2. Tetus Gloryslash – out for himself and the glory of battle – another fledgling Crusader of Light
3. Koor’baran Ironhorn – He says he is some kind of Psychic Sensitive, IDK, but we shared my thoughts and feelings for you, he wanted to know, so I let him.
4. D’jartagar Rockhorn – the most serious of the group – a Warrior Monk he is bad-ass
5. Datu’rok Singlehorn – he has just a single horn, born that way, no stub either, & usually ridiculed, but it speaks of a certain destiny and fate – another fledgling Crusader
6. Gran’maruk & Toon’dor Boulderhide – twin trickster brothers, they shoved Are’fajar into Ursus – both fledgling Crusaders as well
7. Jarfa’ruk Stormroar – the largest of the group, he almost comes up to my shoulder, but he is not the brains of the group, he kept up with me though I am impressed – fledgling Crusader
8. Artus Dragonvigor – the real thinker and tactician of the group. His ideas got them into and out of trouble, I think he was the brains behind the shove into me, not too smart then is he – Crusaders of Light [readers note: 20 IQ and max ME]

10th of Kompak, Very early morning: An elder task master wakes the group, by yelling loudly and banging a bell. The young minotaurs, groggily wake up, but I hops to right away at the cacophony, in a battle stance. I realizes where I is and relaxes. The Task master, Toon’paran Jaggedhorns, is taken aback by my large bear form (yes I am still bear and the sun has just cracked the sky) at first, but I guess he remembers some of the antics from last night. He ignores me, yelling at the young ones to get up and get ready for training. I was all “OO OO OO I want some of that!”. Toon’paran reluctantly agreed, I think he can make us “learn the lessons” of our raucous revelry of the night before. I handled every task thrown at me, the others were painfully struggling. That evening the younglings call it a night and head off to their paddock, before they go I ask them to help with a small ritual to thank Khonsu for the lessons of battle and the lessons of life. Koor’baran, Tetus, Jarfa’ruk and Artus join me. After talking with Khonsu… …I could have swore HE was going to say something… …the Minotaurs go off to sleep. I am not even close to being tired, so I walk the large cave taking in my surroundings. I am tracked down by Xerx’ses and asked to be his best man and second for the wedding ceremony, I agrees and finds a quiet corner to contemplate and talk with Khonsu again, thanking him for all the opportunities of the day. 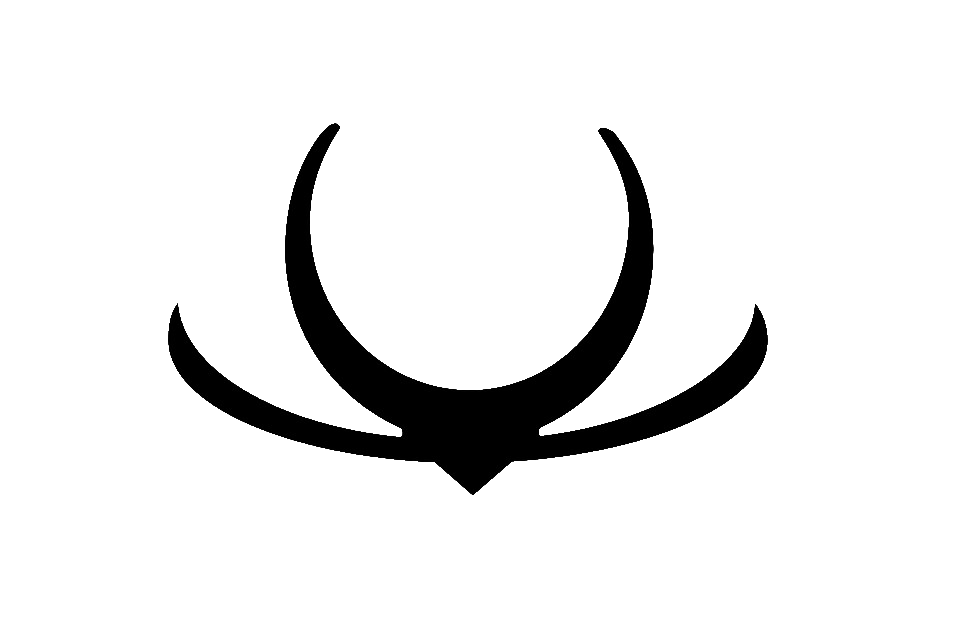 11th of Kompak: All is going well with the wedding ceremony. At the point in the ceremony where challengers are asked to come forward; a lone Minotaur 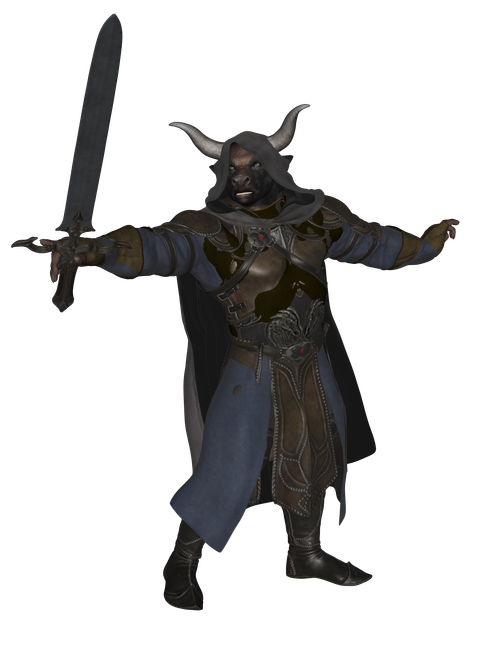 approaches: Val’dus Wingslayer.He is a former youngling betrothed of Laval’liere,Tiny’s bride. The betrothal was broken when she was destined to lead the tribe, Val’dus wasn’t considered noble stock. Earlier in the morning I was told I was supposed to have deputies, so I chose my new friends, they were thrilled as ones as young as them usually don’t get to participate in such prestatige ceremonies. They formed a large circle facing outward around the challenger and me as the sceond, blocking all others from entering. Just before it starts Xerx’ses vehemently forbids me from killing the heart broken challenger. Reluctantly but humbly I agrees, I took my role very seriously. Wingslayer, as the challenger gots first act, he tried to take care of me in one shot. His first attack was a massive mental one, but I managed to initiated my meager mental prowess and blocked his onslaught; the attack fails. I then barrels into Val’dus, tossing him about like a rag doll. Val’dus used up most of his mental energy with his first strike and wasn’t able to recover mentally or physically. I continued to pommel Val’dus, even using more of my own meager mind prowess to lift him into the air, until he raised his hand in submission. I stepped back, asking Val’dus if his honor has been satisfied, Val’dus concured and is assisted by my deputies off of the field of challenge and they tend to his wounds. All is well and another massive banquet ensues. Of, course my friends and I continue our antics from the other night, although they are less hardy, I guess they did learn a lesson. Even Val’dus came up and showed his respect and honor towards me.

12th of Kompak, morning: CrIsis has rested and all are well. We prepare to leave, say fare well to all the new friends. I even gather my deputies and encourage them ALL to continue worship of Khonsu, I have four of them converted, but I am not so sure about the others. I will see when we visit again. We are off again, I just don’t know where…YET.

OH, I remembered what those of our kind are called when we reach the point in life where I am at now, my newly discovered ability. we are called Elder Bears. IDK, it kinda makes sense. I just don’t know about being called an elder, I mean I am not even 100 seasons of the moon yet.

Soon will come our bonding 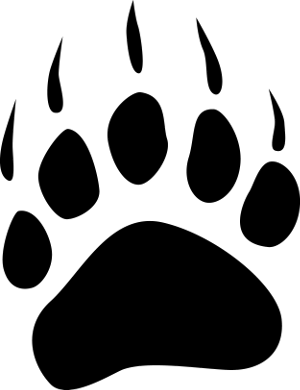 All pictures previously credited on A God Rebuilt

Love how much Ursus participated! Maybe he is part Minotaur!

Ursus, an “Elder?” I guess Khonshu works in mysterious ways. Leave it to Ursus to find the unruly “gang” of kids and take them under his wing (paw).

It was so much fun to work on a joint log with Andrew and Scott.

I love Ursus is adulting!

@Killervp No, not part Minotaur, just enjoys a hardy meal, a hardy Drink, a hardy party, and a hardy training session to clear the senses when it is all over.

@AZ_RUNE I was completely inspired by your kernel of a story, and put an Ursus twist on it.