I guess you can't call him "Popey"

It has been an interesting few days, and I guess an apology is owed to you on my part. Some of your guards took offense to how I tried to call for you while we were your guests. It has been explained to me that I was not referring to you with your proper title. I didn’t know there was a special way to call you, but I apologize none the less. Also, I didn’t take kindly to your guard threatening me with his very shiny sword.

I don’t write to often and I don’t have too many to write to, so I thought since I owed an apology, that I would write to you. Back on the 19th while trying to determine the location of a certain special tree, we stumbled onto a town that seemed to be entirely controlled by the undead. We were trying to uncover the plot when we ended in a trap. I was playing a game of “tall-tale” with the “citizens”. This was to distract them long enough for my friends to investigate the Mayor and expose him for what he was. What I am not really sure of. OH, I almost forgot I usually can only write so many words per day, but Tiny has agreed to give me the Thoth of Eyes or whatever and I am able to tell a full tale this time. So anyway the folks decided I needed to tell my tale to the Mayor and lead me to a tree. While there several dozen soldiers showed up surrounding me. My friends showed up and Tiny waved his hands and I fell asleep right away, next thing I know I am in Sekti Abtu, Father is dead and I have NO CLUE where in Hades I am. This is when you come in and you know the rest of that. Oh yeah thanks for asking Tiny to stop putting me to sleep that was very helpful. 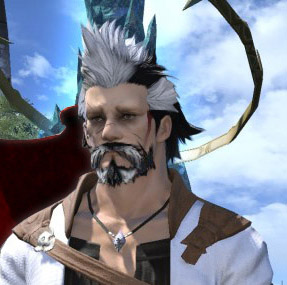 Ja’Deir took some time while we were alone to inform us that he was leaving CrIsis. Yes a bit of a shocker to all of us, but he has his reasons. I wasn’t really listening, got a little hungry and started looking for food. All of a sudden a mysterious man JUST appeared. At first I thought he was here for me. He was laden with many VERY SHINY knives and weapons. I didn’t like it at all. I admit it scared me a little. I moved as far away as was possible in this little room. Turns out he is the replacement for Ja’Deir. His name is Mack. Well just as the sun set I turned. Mack reacted out of instinct, as did I. CrIsis almost lost 1 maybe 2 more members. The rest calmed us down and we, as in CrIsis, talked with him, I said my peace and left him alone.

The next Morning the Ace Mark came to talk to us. I guess he didn’t like my pronunciation of his name either, but at least he didn’t slap me and threaten me, just gave me a lesson on language. Anyway FRANK let me know that there was a new temple to Khonsu. OH, and Tiny asked about getting us somewhere, and FRANK needed some donations, I gave my share. After that I lead them out looking for the temple, FRANK lead us there. On the way I asked for a special item, FRANK beckoned someone and I had it. We arrived at the temple; I carried my item into the temple and walked right to the altar. EmEm followed right behind. The rest stood at the back and just observed. When I got to the altar I held the special item, a boar, up by its tale. It squealed in horror, for it knew what was about to happen. A priest came running up to the altar with a catchment vassal just in time, as I slit the boar’s throat with one of my blades. The spray of his jugular went everywhere. Some of it spurted 20 paces into the pews; a few worshipers were well coated. The priest was drenched, as were EmEm and I. After a few moments the flow began to staunch. I placed the boar upon the altar on its back. I gutted it from stem to stern. I pulled the guts out of the beast. In place of them I put many handfuls of my coins inside of it. I have never really had much use for them, but it has been explained that the Church has use for it and it helps you to combat the Dark and other forces of evil, so I will give it gladly. I just hope Khonsu is happy for the gifts. I know I would have loved to chow down on that boar myself, but I guess that is why it is called a sacrifice. As I was leaving I placed my hands deep in the boar, I pulled them out, placed both hands on the priests shoulders, thanked him for his service and turned to sling the blood onto the parishioners in attendance. I tiny little butterfly come flittering in at just that moment and was struck with a tiny droplet, bursting into a small flash of light. I guess Khonsu enjoyed his gift. Tiny went up to the altar asking about something, but I really didn’t listen, I had moved onto finding some food.

After the rest joined me outside FRANK showed us the bigger better temple being built for Khonsu, I didn’t really see anything wrong with the other one. I hope they keep that one. Anyway we are lead to a very secret part so don’t tell anyone. While I was down there, I felt a very large pat on my back and heard a “Thank you”. Yep, Khonsu seems to be pleased, I hope I can keep this up.

Well we needed some supplies, so we head to Israelis place to try and get some. It is a total packed scene. We use Tiny to coax some out with Autographs. The rest of us head inside. Same story in there; rude shop keepers giving us papers with numbers, telling us to wait. I don’t know I was getting very confused, which was upsetting my stomach. Anyway Israel just happened to come out, spotted us and lead us into the back. Just as we were about to leave, I broke a foul wind, many of the patrons nearly passed out. I guess I really had something wrong after all, not just confusion. Anyway I felt MUCH better afterwards. Must have been something I ate. We got our provisions the next day. Tiny had a very strange look on his face, almost a smile, but not. We made our way back to your place, where a bunch of priests and Tiny zapped us to somewhere else. I am not really sure, all I know is that Father’s mate showed up, somebody said wedding and she was a ball of tears and crying. I just don’t understand them sometimes. She should be happy, but she wasn’t. OH well. So I think you are caught up with us. Talk later

This was well done and I love the spelling errors a great deal!

The spelling/grandma mistakes certainly add to his woodsy charm

Azariel is Israelis? Love it! Very Ursus, but still informative enough to be the official log!

What spelling errors, what grammar errors, Ursus has no clue what you are talking about. Everything looks just fine to him.

Whoever removed the background of the bloody hand print, thank you very much. I still need to learn how to do that. I know it isn’t hard, just have to find the time.

At Rod Rambler's Desk Behind the Great Bard