I am certain that you recollect the portrayal of your adversary, the Orc Grukag, adviser to the King of the Orcish Empire. He has put a rather substantial bounty upon your cranium, and I felt that you should be cognizant of it.

I have also enclosed a reproduction of the missive that accompanied the placard of your likeness, to give exceptional breadth to your predicament.

I will additionally revive the fact that CrIsis has a significant price upon each of their heads. Please use caution in all of your excursions. 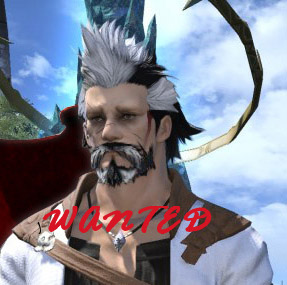 Last seen heading into the Disputed Lands, this armed and dangerous man is wanted for many crimes against, and in, the Orcish Empire.
Murder
Theft
Rape
Lying to the King
Arson
Forgery
Kidnapping
Treason

The Orcish Empire is willing to give 500,000 gold in Southern coinage for the capture of this criminal, alive.
Dead Mack is worth 100,000 Southern Gold.

As you witness, they are serious. Please be careful!
Malkin

Post Script. The next book of CrIsis shall be circulated on the Grand Holiday of Thoth.

Sent on the 2nd of Thoth in the 71st year of the Wolfen Empire.

Hmm, I imagine we will in time run across some of these bands if not the Solarium as well.

It… Just… got… Interesting!

Man can we get a break? Seems everyone is after CrIsis for some reason or another. Good and Bad. Oh well we shall take on all that dare.

I don’t write the bios- so when everyone puts in enemies, I cannot ignore them.

Ursus Resurrects Khonsu Worship Everyone will get bloody by this

A World Of Light & Dark