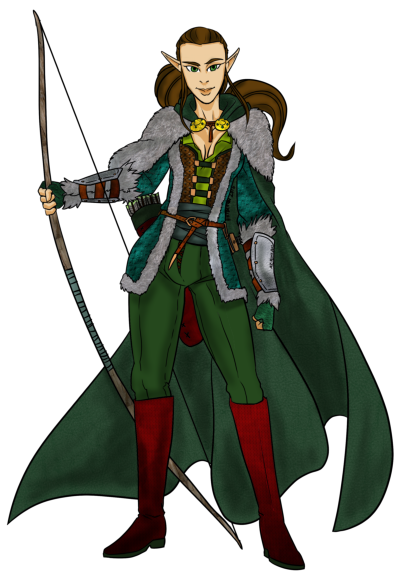 Bounding through the forests of the Northern Wilderness, the Elven woman was excited. For her distant cousin, Ylren, had promised her a complete set of the Books of CrIsis ever since he had returned from the Lopanic Games on Lopan. Today was the day he had sent word about and she continued to race home from her hunt! Slowed down only by the tusker she had slain and was dragging on her sled. When she spotted three rocks on the side of a worn path in the snow leading into a thick group of trees she knew how close she was to home. Anyone not actually from the Elven city of Renvin would have mistaken those stones for random loose rocks. However, having lived in this outpost of Phi all her life she knew it for the original border of homeland.

Ever since she got to read Jaymus Murray’s interview with the “Golden Minotaur” she had been pestering her cousin for more information about his time with such a person. Today she would finally be able to read all of his adventures! Especially, after hearing rumors that he cast a spell that either used or killed 50 wizards to make him immortal! Of course she got both versions depending on whom she asked about it in town. 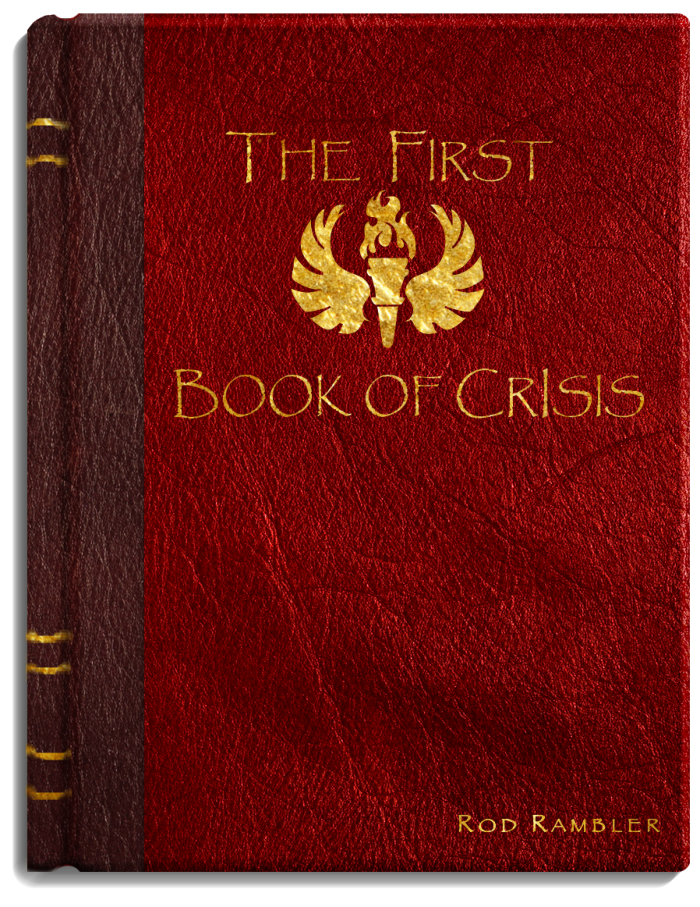 She dropped her quarry off with a local butcher, gold laden purse in hand she skips home. Upon her bed sits a box wrapped in red linen with a note from her cousin begging her to stop trying to send him pigeons while he was guarding a Pyramid. She hugged the note and danced about the room stripping out of her field wear clothing into something befitting lounging about the ancient home of her family. Each of the books were in leather died a rich royal toned red in color. Gold-leafing adorned the cover as a winged-torch and the famous signature of Rod Rambler at the bottom.

“The First Book of CrIsis”

Gently running her fingers over the title she opened it up and found that Ylren, Bungo, and Burlap had signed each of the 16 volumes! She had signed books! She ran and showed her parents, and her mother showed far more excitement than her father. Returning to her room she began to read abut how Chip and Bexx came to this world.

Written on the 2nd of Gryphon as seen in a vision by a confused Rod Rambler.

Two great lines in this: “Especially, after hearing rumors that he cast a spell that either used or killed 50 wizards to make him immortal!” and “…as seen in a vision by a confused Rod Rambler.” Is this another Elf girl for Xerx’ses? ;)

Well he still has his detractors but there are 50 wielders of magic that can attest he became immortal. Only they could not figure out why the “Words of Power” he used were not ones they had heard before. He is an Enigma wrapped in Muscle and Horn.

Xerx’ses is as much an Enigma as his own press allows… great log, really fun step outside of CrIsis.

Sounds to me like we have a potentially FanGirl, Psycho type, 1 each, in the making.

“I am your biggest FAN, you WILL love me OR ELSE!”

You know what actually caught my attention is the reaction of the world governments to an alien presence. Chip and Bexx are aliens like Superman and yet people seemed rather okay with the whole notion.

Above All Things is the Guild?

A Second Prayer To Apis