Metamorphosis: Superior For The Win!!! 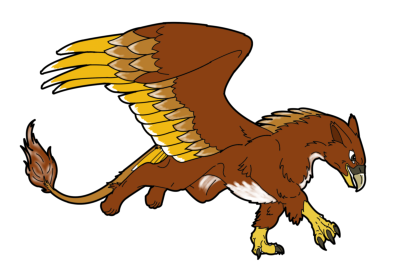 Okay, we had this battle at sea and my “Creator” was whuppin’ serious pain upon the other ship from Rogtilda’s fore deck. The Eyes cries out from the crow’s nest, “MAN OVERBOARD!” I changed words of power and began to cast the Metamorphosis: Superior Spell to take the form of a Gryphon because I remember my “Creator” turning into one before. I don’t think anyone saw me leap overboard away from the other ship so I didn’t get caught in crossfire! 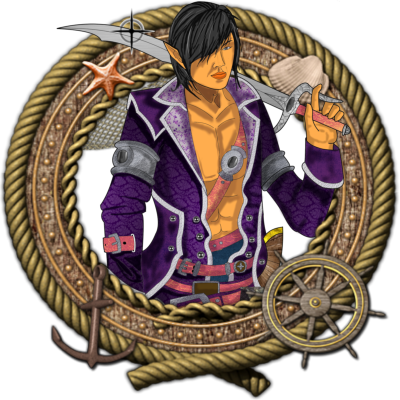 Why, oh why, did he not give me that emotion?!?! I felt truly free for the first time in my life (short though it has been) but the “Spellborn Rules” kicked in preventing me from forgetting my task. It took a few grains of an hourglass to find Attel. The memories of my “Creator” rescuing another were my guide where to grab Attel and haul him back aboard the ship. Oh I probably shouldn’t tell anyone this but I left bruises on his arms because I was trying to avoid my talons ripping his arms off when I dragged his wet, salty butt from the water.

Well, he was great about it though and never once got mad at me for it. In fact when I landed and changed back I headed down below. Attel stopped me and said “Thank You” to me and by extension to the captain for making me so when he is busy their is someone looking out for the crew.

It’s so wrong to want Jershon to screw up so I can go and save someone again. Oh great Ra!!! How marvelous a world you live in with your magnificent wings!!! Thank you for my “Creator” that gave life unto me!

Update:
Sorry I forgot to send this on the 13th when I wrote the stuff above.

Well I am told we will dock in New Crests for repairs from the catapults. I went in for morning chow before CrIsis wakes up. Jershon has us on a different schedule than the “Heroes of Light” so we don’t disturb them. “Eyes” and “Annie” were arguing about the nature of my existence, which piqued my interest. . .

“Annie, of course you got Kom’var, not only did he already have memories of helping you but he is half of the “Captain’s” strength so of course his appetites would also settle on something less refined than an, Elf.”

“Eyes, you are so full of it! Quit acting like you could nail the captain, I already know the little, fickle, fae, flitterwing has made it plain she intends on claiming him. Given what I have seen and heard of Faerie Food she’ll likely shrink him to make it work! You want to screw around with her target on the Captain, YOU GO RIGHT AHEAD!”

Somehow they both noticed me come in.

“Hey there hero, if you feel like a real woman you know where to find me.”

I think Eyes didn’t sleep right because her eye twiched at me and when I mentioned she might have something in it because I am not the captain, Annie fell over laughing! Just then Jershon stood up and mentioned Attel was on light duty and helping Honeysuckle for the next day because of his arms. He mentioned for Attel to go see Father Indaris before we made landfall. Since today was Attel’s turn at bilge duty I was given the task. I jumped up and gave him a salute and said, “AYE, AYE sir!”

As I began to leave with my pack of food Attel and Jershon asked why I was so chipper about bilge clean up. To which I replied with a grin that cocked their eyebrows and heads, “Because I can FLY!”

>> Written by Kom’var Spellborn, written upon the 14th of Grekar, 3rd year of King Guy the First of the Timiro Kingdom, 71st Year of the Wolfen Empire, 344 year of the Dominion of Man, and 24th Year of the Western Emperor Voelkian Itomas II. <<

All art by AZ_RUNE.

His unabashed joy is fun!! Nice pics as well!

He is gravitating towards Ra because of the wings for worship, not Osiris.

I made sure to keep the face of Attel from that original picture you chose KillerVP. I am glad you like it.

Because I can Fly, that’s a good enough reason for about anything

His perspective is a lot of fun to read.

I can see his own “voice” coming forward. It seems quite distinct from Xerx’ses

To Friends Far Away

The Search Finding the Quarry

The Great March Who are They All?