Has a familiar/companion- a wolf named Nosse So she waited and grew in knowledge mastering all the druidic powers she could preparing herself. Not only in mind but in body, travelers of the woods would be hunted mostly unknowingly by the two shadows in the dark. If intentions were evil they would only ever find out too late as they were ripped apart in violence few only leaving the forest to tell tales of a monstrous bear, wolfs or other animals so ferocious. Those that were deemed friend were instead treated to the beguiling chance meeting of a far more beautiful being, an elven girl of vast beauty and wildness that would pursue them as ferociously for news and stories.

Insatiable for information, accruing a number of allies this way including Gabriel the Fletcher, who taught her use of bows and how to craft arrows for herself. Bellowan with whom she shared her love of holistic medicine. The experiments with “attempted” healing concoctions was a great joy to her. She briefly met former CrIsis member Bungo and current member Azariel whilst trawling the Guild of the White Ash for information, and later not long before her adventures would truly begin she met with Adriana, Azariel’s wife and took it upon her self to guard her from the shadows visiting her on the cool nights to share stories and friendship. 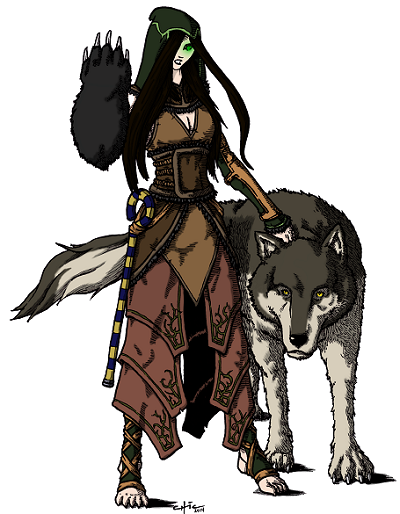