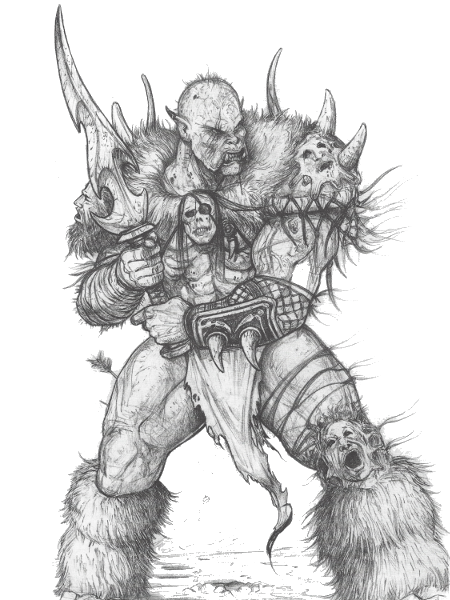 Terosh is an Iceborn necromancer who narrowly escaped his own death by mysterious means in the Lands of the Damned. He has recently resurfaced as the leader of a religious cult, and seems to be researching something related to CrIsis and ReSet. His professed beliefs are very nonpartisan, as a Warlock’s should be. He does not hold Good or Evil higher or lower in his esteem, only order and respect. Though most might think that the quixotic and chaotic warlocks have no regard for order and balance, that only stems from their obeisance to one or two of the forces in the world. Terosh’s multiple elemental identities has led him to a knowledge of the order the world and its forces – or perhaps his desire for order led him to identify with all four elements. The first chapter of his autobiographical scripture was sent to CrIsis by Vesuvia. It can be found Here.

BIOGRAPHY:
The Book of Terosh

Chapter 1: Preludes of Perfection
[Reader’s note: This is written using knowledge gained not as a player, but as an NPC. This is the truth as the character sees it. Read it for what it is.]
1. This world has been thrust into an era of decay the likes of which were not seen since the Chaos Wars.
2. I speak not of those beings who call themselves evil. These beings always vary in devolution, from good to worse than a demon’s worst nightmare. Even so, they are what they claim to be, and you can assess the general rot of the era quite simply. But yes, I speak of those beings who call themselves good and just. Those beings in whom others of the age are supposed to see truly great attributes, and typify in themselves.
3. Take, for instance, the over-arching church of the age. The so-called church of Light and Dark. A church that has in it the room for the truly evil can never claim righteousness. So, it is a church of the dingy and grey. The pompous proliferate pontiff is as vehement in his own personal machinations as any political king or senator. He claims to turn his back on the ‘crusaders’ of the age one moment, and the next is seen openly welcoming them, supporting them in their quest.
4. And that is nothing, when compared to the open followers of the Cult of the Great One. Though they are supposedly a hidden and secretive conglomeration – always a sign of internal rot – they have a widely proclaimed protagonistic beast spreading the ‘Good Word’ of the Great One’s resurrection. But this protagonist is nothing if not woefully imperfect. He proclaims adherence to some semblance of righteousness, but he doesn’t bat an eye at the sins he commits in his lord’s name, or the sins of his companions. Everything he does is righteous and good in his eyes. But, the ends only justify the means if the ends are damnation and destruction. There is no act that is justified because of the goal, unless the act is being done by someone that does not know better.
-
5. The principal factor that can be used to measure an era’s decadence is respect for authority. To measure a people’s attitude, simply look at their heroes. ReSet and CrIsis are terrible beings, yet they are the heroes of the age. They do mighty things, and have stirred the nations to a roiling mess in a relatively short time, and the people love them. But from the beginning, CrIsis’ leader – Cava – was a disrespectful cur. I will speak of him, as CrIsis proports righteousness, and ReSet proclaims its own evil.
6. There was no authority Cava respected. He saw himself in the world but not of the world, without remembering that he was actually IN the world. As a world citizen, we have the decency-bound imperative to respect authority, even when we defy them. He bowed only when hands made his back to bend. He knelt only when forces made his leg to buckle. And his tongue led him like a lamb to the slaughter – and yet he was not killed for his insubordination.
7. This led all those that followed after him to think they had the Gods-given right to disrespect anyone that did not bow and scrape before them.
8. Without respect for authority, there is no authority. Without authority, there is no rule or reason. Without rule, there is chaos. Without reason there is confusion. When Chaos and Confusion reign, the Old Ones will return.
9. The world has been bound hand and foot by its supposed freedoms, bound for the slaughter – and when it is the Old Ones who hold the executioner’s axe, we will not escape like Cava.
10. If CrIsis had changed since their leader left them without warning, the world might have been saved from the impending doom. But the subsequent leaders have been varying levels of insubordination, with no thought or regard to the authority they flouted. Even Llorn’s hatred of them might have been avoided, had they listened to their humblest member – one Roggan – that seemed to have died in the southern seas. Now, those that follow CrIsis are also seen to turn their noses up at authority, and it has resulted in their destruction or detention.
11. Their current leaders, a co-opted pair of a Priest and a Minotaur War Wizard, seem to have the least respect for authority yet.
12. And so, it is as such that I write this book, the First Book of Terosh: To denounce the evils of Lies and Corruption that have spread across Palladium, and establish a unifying faction. As the world is at war, those of the Terosian Legions will accomplish this through honorable war strategy, and fair treatment of all sentient beings that share our view of the perfect world.
13. Palladium, you are to be redeemed. 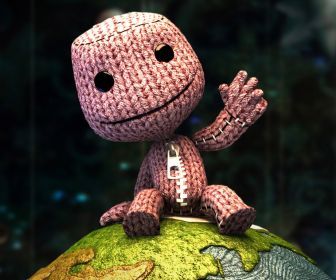