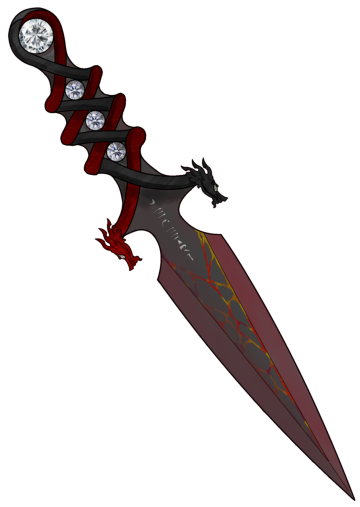 The hilt has many pieces of looping metal, as if shoelaces before the tie. 4 diamonds in between crosses of loops. The guard has two dragon faces with mother of pearl for the eyes. The blade is adorned in silver runes, and it is weighted for throwing.

When CrIsis began to divide up the Y Weapons recovered by Ja’Deir and held on to by Xerx’ses. This Weapon is now in the possession of No Name.