AKA Algor Range Huntsmen
AKA The 13th Tribe 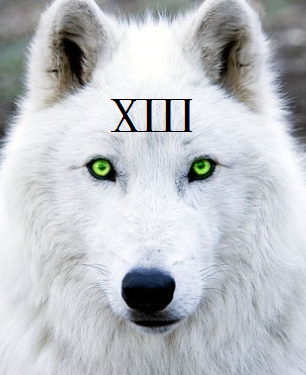 The Algor Range Huntsmen tribe, also known as the Lost Tribe or the Unspoken Tribe, was a tribe of Wolfen that were almost entirely massacred by eight of the other tribes. This came about because of “The Killer Winter”

The story begins three years before the founding of the Great Wolfen Empire, during the worst “Killer Winter” in modern Northern Wilderness history. Famine, plague and pure killing freezes were cutting into the Wolfen numbers like a knife. All the tribes concealed whatever provisions and stores they had left, and warfare between the tribes accelerated. The Algor Range Huntsmen, second only to the Iron Claw tribe in power, determined that they had enough food to last the winter and a surplus. They decided to open their surplus to Wolfen strays, Coyles, Kankoran, and any others on the verge of death. The word spread on the trails. The rumors started out as “the Range Huntsmen are feeding the helpless”. This quickly changed to “the Range Huntsmen are gathering an Army” and then changed to “the Range Huntsmen are going to conquer us all”. Between the rumors and the starvation, the leaders of the other tribes felt they needed to do something. Eight of the thirteen tribes combined their forces to attack the Range Huntsmen. When it was all said and told, not a single Range Huntsmen was left, or so was believed. No Warriors, no Children, no Coyle or Kankoran allies. Even every animal was killed, from livestock to pets. There was nothing left.

After a few years the truth finally came out and the remaining tribes were so disgusted that they eventually formed the Great Wolfen Empire under the Constitution of the Twelve Tribes.

Every Tribal Capital has a large shrine to the Algor Range Huntsmen; reminders of what the Wolfen are capable of as a whole.

Over the years there have been sightings of Range Huntsmen, these are usually dismissed as drunken exploits or really large Kankoran & Coyle seen from a distance. Some say it is the ghosts of the Range Huntsmen, but these are stories mothers tell their children to keep them in line. Maybe there were survivors, who chose to remain hidden for fear of what may become of them at the hands of the rest of the Tribes.

Through tales, stories and historical documents, especially those of the Chronicler, descriptions of members of the tribe are as follows:

All members had pure white fur. All were taller than the average Wolfen, with 10-20% being amongst the tallest of all Wolfen. They were above average in build, but very few were overly heavy. They were best described as extremely muscular.

There was but one exception to the above description; the one that was considered the leader of the tribe could be distinguish by a mark on his forehead. The numeral XIII. It is not clear if this was a tattoo, brand or magical mark.