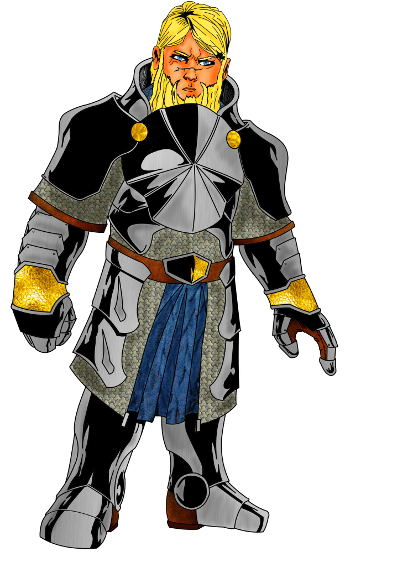 She is a soft skinned blond haired woman who’s hair reaches her waist. She is blind in her right eye with a small scar on her face (thus the lower P.B.) but she has been blind for so long that she has learned to work with the one good eye. She has maintained a slender full figure and stands slightly smaller then Overkill at 3 foot 2 inches and is slightly lighter at 99 lbs. She has side-burns that are hid by her braids but has no hair on her chin. Life as a slave has not been kind to her as she has learned to be quick and strong.

It was later discovered she has worshiped Aco, the goddess of hiding and children.