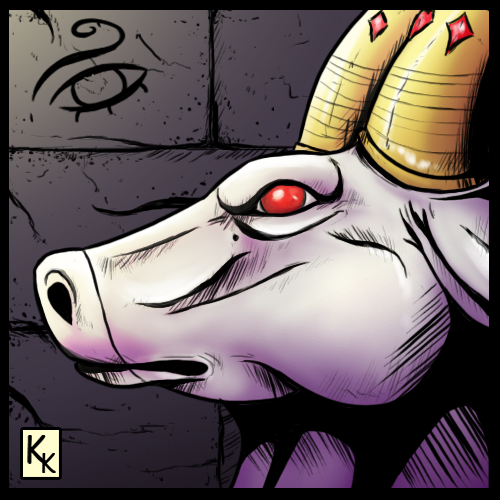 Kind and compassionate, Apis the Sacred Cow is fond of mortals, and sometimes assists them in times of trouble. She is the patroness of druids, healers and clergy.

She had previously picked Rell to join CrIsis, for Rell had suffered much and would lend compassion to the group, and Roggan, who had brought love and joy. A later addition to CrIsis was Asher, who she hoped would restore love and compassion, and fun, to the group.

The most recent addition to CrIsis, Silent Dream, worships Apis.

Apis appears as a large, cow-headed woman in a flowing robe, or disguises herself as a hoofed animal.

Apis symbol is the silhouette of a bull.