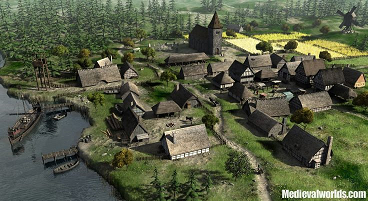 Arcadia is a Lopan Colony located across the Inland Sea, at the southern edge of Northern Wilderness. It is the oldest and largest of the three notable settlements in the area. This village is named for Empress Jesslyn’s mother, who was Empress when the initial colonists arrived and settled. It has become a thriving center of trade and a port town for the Lopan and Eastern Territory settlers who dot the landscape in the area. It is also a jumping-off point for expeditions into the wilderness.