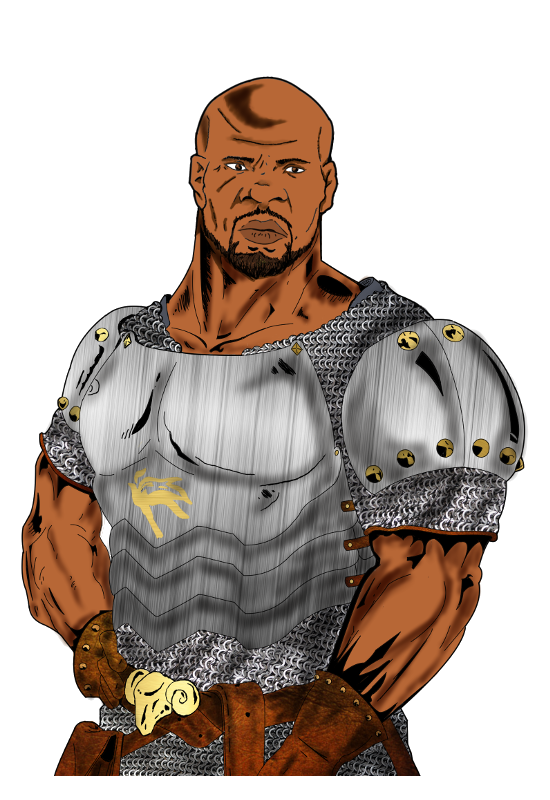 
Quartermaster of the Iron Heart Avengers (Merchant Marine/Mind Melter: Rifts Earth), Follower of Isis and the Church of Light and Dark

Bexx Marquise grew up as Beckham Mandrake, hailing from the formerly Mississippi region of the equally former United States of AMerica on Rifts Earth.

Beckham’s Dad was a Techno Wizarding Sailor from Mali and his Mom was a Creole Psi Healer from Louisiana who had migrated to Mississippi as a young girl. She sensed Beckham’s latent abilities early on so she taught him about it even though his powers had not manifested yet. His older sister was an amateur Mystic, learning from her Dad and a local spell caster. Having loved the water all his life, Beckham begged his Mom to let him ‘intern’ on a local fishing boat so that he could help the family make money to survive. After grilling the captain and crew she agreed and Beckham’s job, through what would be high-school education, was training as a fishing boat deckhand.

Being stronger than average and incredibly physically resilient Beckham was a valuable member of that crew and traveled all over the Gulf learning the ways of the water. One day coming back from a run they saw smoke from the coast and young Beckham rushed home. When he got to his block, his whole building was gone, only a smoking crater remained. The man who was a peer of Beckham’s father was standing outside with the rest of the town. This man, Tangren, told Beckham that he sensed something wrong both magic and evil, so he grabbed his gear and ran over. Once he turned the corner, the building went up in a cloud of magically charged flame and electricity. It is uncertain whether Beckham’s Dad screwed up one his TK builds or whether Beckham’s sister casted a spell that went wrong…or whether something big and evil was attracted to the magic they were performing and caused all of this. With nothing but his day’s pay, the day’s catch and the clothes on his back, Beckham wandered away in a stupor. The neighbors tried to console him but he blankly shrugged them off and staggered away. Tangren told them all to leave the boy alone and that he would take charge of Beckham’s life. But today, the boy probably could use some alone time. As he wandered the streets, Beckham gave his day’s catch to a local family and continued apparently without aim. When he ended up at the waterfront docks, he found the shed where his shipping team kept their gear. Finally with some privacy for his team had all gone home for the day, Beckham laid down on the floor and cried.

Bexx was born under the sign of the Pegasus. You are a determined and patient person who is goal-oriented. You work hard and play hard. Nothing gets in you way once you are focused on your goal.