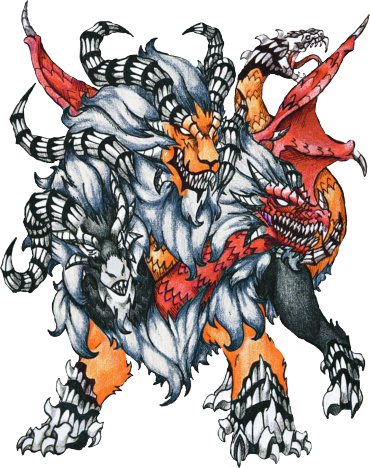 Chimera is another mythical beast said to be part lion, part goat, part dragon! They are common to the Yin-Sloth Jungles and the Western Empire Said to have been the accidental creation of a Summoner whom attempted to call a powerful creature with those three animal attributes. They are cruel and vicious creatures of magic that are known to love to destroy humanoids lives.