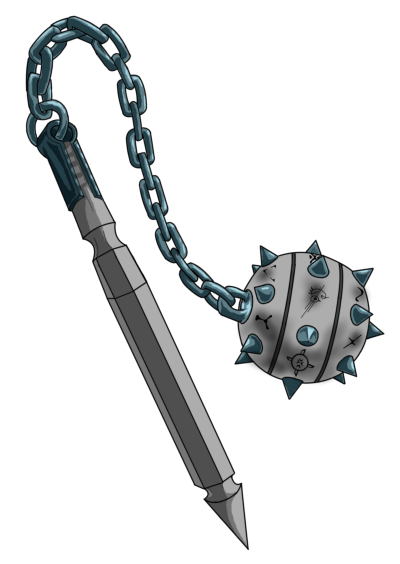 This is a standard looking mace, except for the runes in between the points on the ball. Unadorned otherwise- looks very plain and simple.

When CrIsis began to divide up the Y Weapons recovered by Ja’Deir and held on to by Xerx’ses. The group did not oppose the Minotaur Wizard asking to let Kom’var keep the weapon to see if it would begin to bond with him as a way to gauge if a soul was developing within him. The secondary purpose which was also explained to Kom’var was that they may need to use it to sell for the funds to get another ship.