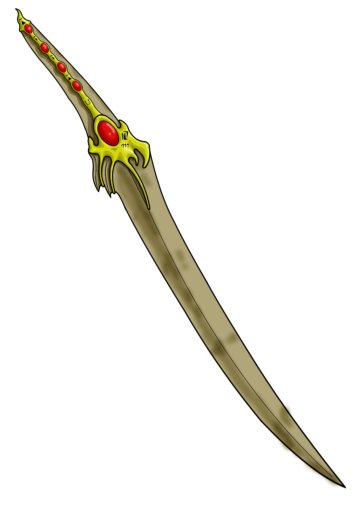 10 inch long bone blade looks like a curved dragons tooth, gem encrusted hilt. Sharpened to metal blade thinness on both sides. Hilt has runes in between the gems, very fancy.

When CrIsis began to divide up the Y Weapons recovered by Ja’Deir, and held on to by Xerx’ses, this weapon is chosen byUrsus