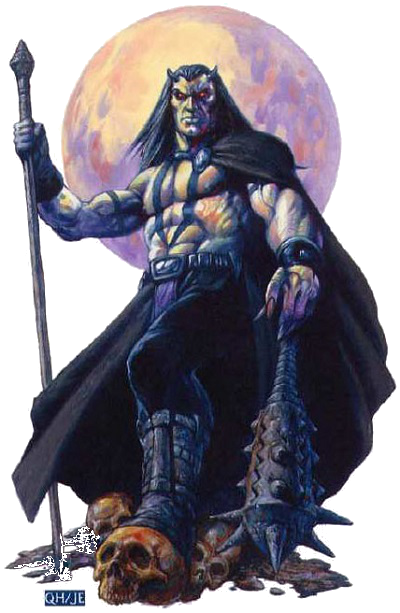 Camminata’s father, he is leader of an evil group of were-shamans. According to both the druid’s and were-shaman’s prophecies, he is destined to be slain by “one of his own, the one that attempts to bring balance to the world.” It is feared that he believes this one to be his daughter Cammy.

Please see the log Beware of your Father for more.

He is later “defeated” by a group of heroes, including the Soldiers of the Torch, who perish in the battle. See the log Dispater Defeated.