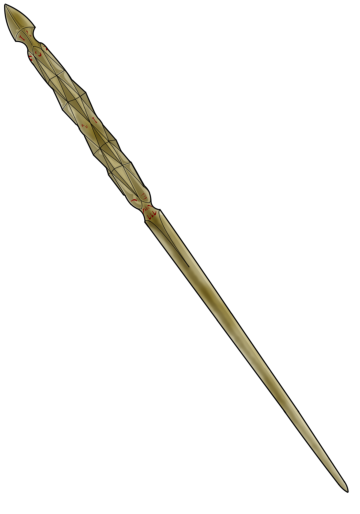 Officially a dagger, this knife looks almost as if it is a mini lance. It has a dark hilt, built only to stab, with runes in red on hilt. It appears to be made completely out of bone.

When CrIsis began to divide up the Y Weapons recovered by Ja’Deir and held on to by Xerx’ses. Hannah claimed it and uses it as a mini lance while riding her falcon, Silky.

Faerie Ranger Lancers are a dangerous breed, you have been warned!