The Eye of Yrecyn, the Scryer 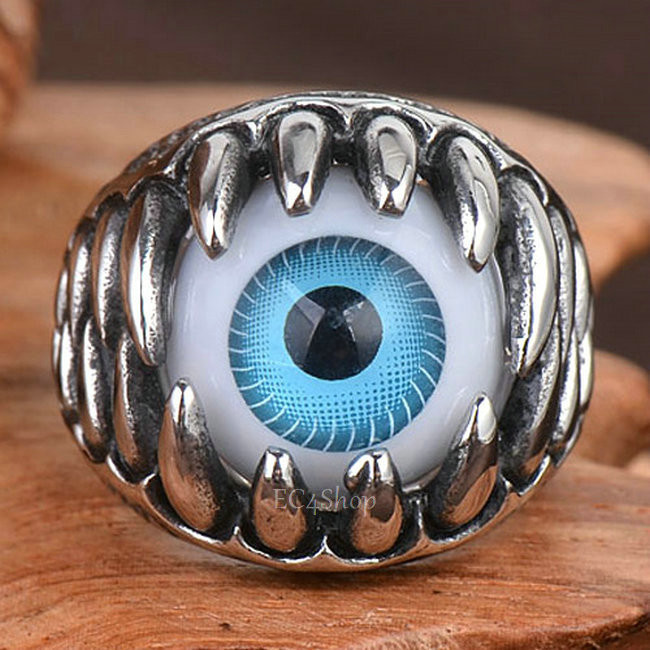 Yrecyn was a Cyclops advisor to an evil lord on the Isle of the Cyclops. He was sometimes called the “Seer,” or the “Soothsayer,” or “Prophet.” All he was, was a Psi-Mystic. He never performed any of his magicks within sight of any mortal, so his odd ability to give advice that would steer those he advised in the right direction, steering around hidden pitfalls, avoiding his own assassinations, created around him a holy persona. Even more astonishing was his professed agnosticism in spite of all he did, his ‘holy’ priesthoods. When the group CrIsis destroyed the Fortress, he was caught completely by surprise – a first for him. A minor demigod he’d insulted clouded CrIsis from his scrying, resulting in his utter destruction.
Upon reaching the underworld, Anubis convinced him to return to the world in the tortured form of a rune item. Anubis never said anything about CrIsis, ReSet, or their mission – His focus was to convert Yrecyn’s followers on the Isle of Cyclops to the Church of the Dark, as he’d diverted many faithful from worship of Taut. Anubis avoided breaking any part of the agreement because his priests on the Isle of Cyclops worked independently from ReSet, having been instructed in the creation of near-rune item quality creation in the past, and, given a minor investment, the enchanted Scryer’s Eye of Yrecyn gained sentience. It found its way to the battle’s front of its own volition – the intelligence inside researched ReSet, and searched them out in Cynopolis.

The eyeball is enlarged, so it has a 9’’ diameter, and is extremely heavy for its size – 30lbs. This isn’t meant to be a weapon, as it’s simply an enlarged cyclops eye that has been turned to metal magically, so there is no handle or grip. It can be used as a blunt weapon or to be thrown, but as it wasn’t meant as a weapon, no weapon proficiency bonuses or strike bonuses can apply, and most species smaller than humans must use two hands to wield it. Because of its awkward nature, it deals damage to the user on a fumble, on top of any additional negatives the GM decides happen.

1. IQ 16 - Psychotic Cyclops Scryer (CURSED) - After every 3 months roll on psychosis. After the first psychosis, re-roll for a second psychosis every 6 months. Roll after every week of no contact with the eye to save vs insanity, at a -20. Every week reduces the negative by 2. Only one psychosis is cured at a time in this way, then a new roll is made the next week if the character still has a psychosis.

1a. It should also be noted that the intelligence will, through inducing Nightmares and inserting memories, start to control the wielder. Only the most powerful Mind Mages would be able to resist his prodding for very long. He has been known to select the most weak willed of wielders, and to transfer himself from one wielder to the next, according to his schemes.

2. Communicate through limited telepathy with the holder

4. Made of dark grey material and lined with runes.

5. Bludgeon does 6D6 damage, but it is not considered any weapon class, and will damage the wielder for 3d6 damage on a fumble.

6. Link to their wielder/owner within six months of constant contact. Thus, both man and weapon can sense each other’s presence within a four mile (5.4 km) radius if separated.

8. Can be used only by a person of evil alignment. Characters not of a compatible alignment take 2D4
points of damage each time they touch the eye or 3D6 damage if a creature of magic.