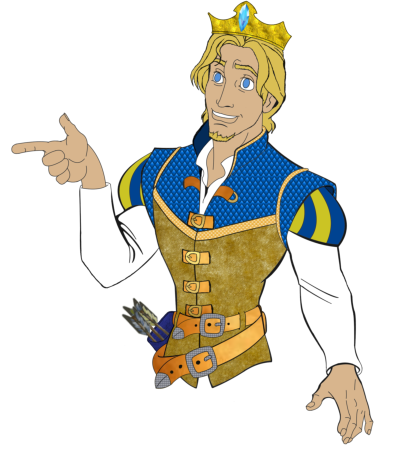 It is announced to CrIsis that Gavin is abdicating the throne and is giving it to Guy. See the log Escort.

Biography
My name is Guy Campton. Or Guy as everyone used to call me back in the village.
I grew up on my family’s farm that has been around for generations. Every day at the break of dawn, my father and my two older brothers would wake me up to go work in the fields. We worked hard all day, every day and came home to the smell of my mother’s stew cooking over the fire, and my little sister singing in the next room while she learned how to sew. Farming was pretty much everything I knew, aside from archery. All men in my village knew how to use a longbow, and all the kids trained with them every evening. Apparently I was quite the prodigy with my longbow. By the age of 16, I was out shooting everyone in the village and winning every competition in the local area.

That was about all the excitement we got in our hum drum lives. Until one day when a suspicious looking merchant showed up, selling all kinds of odd and ends. Most of his wares seemed like junk, but there were about half a dozen or so amulets with strange runic symbols on them. They looked to be very valuable, but he was practically giving them away!! And they were so beautiful… a bright cyan that seemed to be glowing and even sparkled in the night time. My father really wanted to get one for my mother. It would be the only nice thing that she has ever owned. The look in her eyes when he brought it through the door was priceless. It was good to see my mother so happy.

A few weeks had gone by and my mother was feeling ill. She was getting progressively worse and had to stay in bed all the time. I remember peering through the cracks in the door and watching her vomit blood. Then one night I awoke to screaming. The whole village was in a panic and fires were raging all over. I yelled for my mom and my dad but no one answered. I ran to my little sister’s room to make sure she was safe. I fell to my knees. Blood. Everywhere. My little sisters body lying on the floor with markings drawn all over the ground. I didn’t know what to do. I ran outside only to see my father and brothers dead on the ground as well, my mother kneeling next to them. “Mother!” I shouted, running towards her. She got up and looked over her shoulder towards me. I stopped. This was not my mother. Her eyes were empty and I could feel that her soul was not there.There was an evil aura about her. I heard yelling behind me and I blacked out.

Three days later I awoke in an unfamiliar room. Then there was a guy who claimed he had a similar experience. His name was Cava.