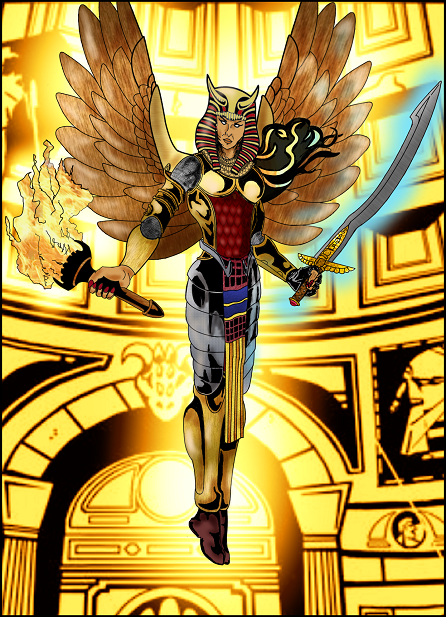 Isis, thou of many names, is the deity who interferes in the lives of these adventurers. She has decided, after waking from her years as Katrina Sun (Palladium Rifts Africa) angrily to have revenge on Set. The greatest revenge would be the resurrection of her husband and brother, Osiris. To achieve this she has decided on a follower, Chip, and his best friend, Bexx, to begin the quest of acquiring the pieces of Osiris. To learn how the group changes from just these two adventurers to many adventurers please refer to CrIsis.

The symbol for Isis is the eternal torch.

For more on Isis refer to the many tags where she is referred… This could be a book, and I choose not to write it…. Game Master. For example Isis has appeared at different times individually to Chip, Bexx, Cava, Overkill, Greldarr, and the whole group as well.