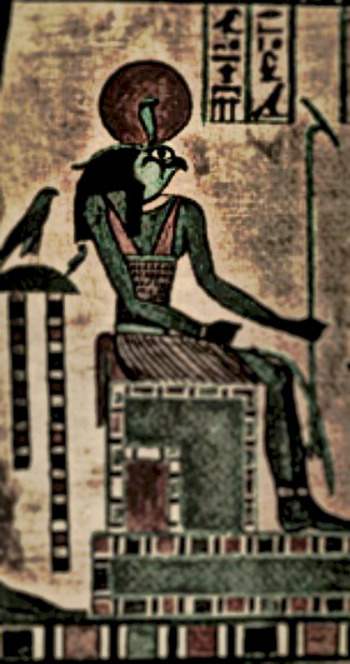 Khonsu is the patron of travelers, the good that walk the night, and those of good hearts in the monster races. He is also the God of the Moon and Rebirth.

He is an old god of the Church of Light and Dark whose worship had passed to a very small level. Khonsu worship has grown recently, mostly in the Western Empire, and Wolfen Empire. He also has a growing following in the Yin Sloth Jungles.

The Man with No Name and Ursus worship Khonsu.

His symbol is the half moon, as the crescent moon had been taken by the god Utu. .

Worshipers are known as Khonsunites, this term was coined by Ursus.