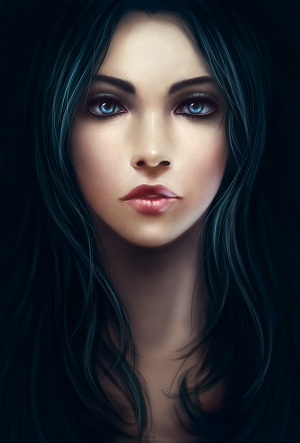 A good friend of Silent Dream’s, Moli Kineo is an Illusionist from the Eastern Territory. The two of them lived along the southern border of the Northern Wilderness, near Lopan and Eastern Territory colonies. She and Silent Dream provided their services to the colonists in and around Arcadia, Hewe’s Landing, and Hillfar as guides and escorts into the wilderness. They are familiar with the city of Renvin as well, though the residents of that city had little need for their services.

She is the eldest daughter of a minor noble family from the Eastern Territories, but she doesn’t like talking about that part of her past. What she can be cajoled into revealing is that some undefined tragedy happened during that time, which led to more tragedy, and ultimately resulted in her escaping all that trouble during the chaos of war into the Northern Wilderness. How she survived long enough to end up near Dream Lake, get captured by Kankoran hunters and eventually meet Silent Dream is a testament to her powers as an Illusionist, her luck… and maybe a little bit of divine intervention.

She is a devout follower of Horus of the Pantheon of Ra, as he represents hope and retribution. She is very knowledgeable about the church and religion in general, a fact which hints at at least some of those aspects of her past which she doesn’t like to talk about. She was born under the sign of Grekar. Currently she is a citizen of Lopan.

by: Tokobauzsos
See All Pages