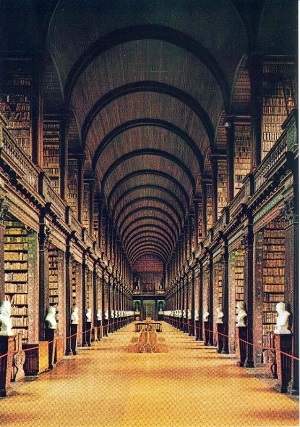 These places of learning are told to CrIsis at the beginning of their journeys by Malkin Falimede when he gives them Hoedric’s Letter. He reminds them of their shirked promise in the log Zealotry Strikes. CrIsis has promised to find, and save, all of the seed libraries.

CrIsis is told that most of the Seed Libraries are hidden at, or near to, each of the Royal College of Navigation . They are also told of a hidden library in the lost city of Wo-Elfenbrut . In each of these libraries are a coded book with a seba symbol which leads to the secret location of the Kidney of Osiris .

Listed below are the known seed libraries that CrIsis or its allies have visited. A red linked “Saved” next to it indicates it was saved, and by clicking on the link you can read the log about it, and the same with the “Not Saved”.

Etrinan in Rocky Desert Not Saved

Royal College of Navigation in Credia Not Saved
One book saved by Ley-Rhy, “On the Path of Zen: A Tome of Lost Poems”. Key words from seba- “word, Ice, without, other”.

Royal College of Navigation in Wisdom Saved
CrIsis recovered all the books, but other than the one book below, it is not known what happened to them.
“Chin’s Phoenix: Book V, Inner Bonds”. Key words from seba- “understanding, like, water, just.”

Royal College of Navigation in Caer Itom Saved
The Guardians, led by Ley-Rhy, saved all the books in this Seed Library.
“The Halo of Zai: Reaching Perfection” Key words from seba-“a, bird, ring, any”

Ruins of Alarassa Saved
These books were all saved, but the Seba book was stolen by the Mysterious One before CrIsis looked at it, despite the fact that CrIsis had been to the Library of Bletherad before the theft.
Vesuvia meets with CrIsis on the 12th of Gryphon, 114, and has notes on the stolen book. (Title: “Unsealing the Mysteries of the Thunderbolt: An Indepth Study of the Powers of Rin”)
It, and, alone, not

Shandala Unknown
CrIsis went to Shandala, but neglected to go to the Seed Library.

Wo-Elfenbrut
Some books are saved before the Library’s collapse, but the Seba book was recovered by the Blessing, and many books were buried.
Shortly thereafter CrIsis recovered the book, (Title:“Mudras and Mantras:Clarity is Crystal”) This book has multiple sebas around a single riddle in the intro:..

Halo of water, tongue of wood
Skin of stone, long I’ve stood.
My fingers short reach to the sky
Inside my heart men live and die.