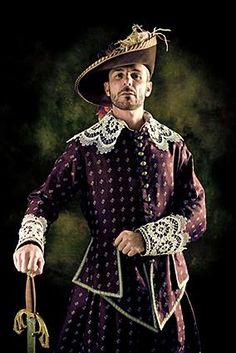 Steve “The Necromancer” Ravenholm
aka “The Wraith”

Steve is the fancy mayor of Yggdrasil. He has brought a struggling town into a sprawling new upstart. He has capitalized on tourism, mining, lumber, and self-militarization. Those that threaten the towns inhabitants are met with a force unheard of.

Steve started out as just a necromancer with the clothes on his back in the East. He journeyed with his politician friend, Andrew the elf and journeyed with a gnome friend to the disputed lands in search for a mysterious person who offered great power. They journeyed north to meet the man who offered them power. The man belonged to a cult and asked them to slay an evil mage. When they arrived at the mage’s home, they met a goblin who also wanted to slay mage and appeared to be on after the same goal. It seemed like the group was being played, so they met with the mage and divulged a plan to return empty handed. When the group returned they killed every single cultist for lying to them or at least that what it seemed like. They heard a knock on the door and in came a massive polar bear man who sliced the gnome twain. This was the beginning of Barry the bear. So the group headed out and sought out a keep that the cultists affiliated with. They slew every single person in the keep when they arrived. Andrew the elf stole the knowledge from one of the leader like he did the cultist and they headed south into the eastern territories. There they captured several caravans and towns. The survivors were influenced to believe that they were being rescued and were in search of a new land. The dead joined the Dead Watch. The Dead Watch was a guard service that was an honor to be a part of. Those who died would protect their families in death. Eventually the army grew to thousands and Steve settled down in Yggdrasil. It was the perfect place to build a base of operations. There was food, water, minerals, lumber, and unsuspecting guests. Maybe CrIsis will join the Death Watch, or maybe they will let the town be in peace and death.

His nickname was given to him by those in the East who overheard a Wolfen conversation involving necromancy and the loss of Herald’s good friend. Of course the Eastern spies mistook the reference to the “Wraith” as Steve instead of Herald, and thus many acts not committed by Steve are now attributed to him.

See also the page for Wraith.