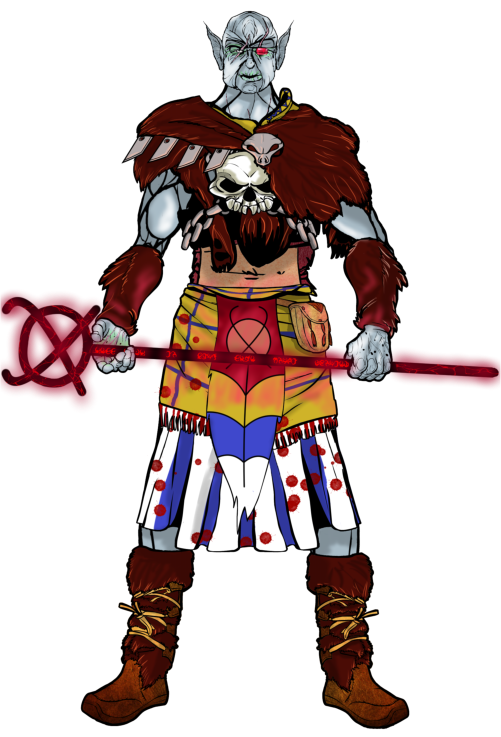 Terosh is an Iceborn Necromancer who narrowly escaped his own death by mysterious means in the Lands of the Damned. He has recently resurfaced as the leader of a religious cult, and seems to be researching something related to CrIsis and ReSet. His professed beliefs are very nonpartisan, as a Necromancer should be. He does not hold Good or Evil higher or lower in his esteem, only order and respect. Though most might think that the quixotic and chaotic warlocks have no regard for order and balance, that only stems from their obeisance to one or two of the forces in the world. Terosh’s multiple elemental identities has led him to a knowledge of the order the world and its forces – or perhaps his desire for order led him to identify with all four elements. The first chapter of his autobiographical scripture was sent to CrIsis by Vesuvia. It can be found Here.

Terosh created the group of protectors named Blessing, an antonym for CrIsis. Hired by Toresh with the sole guarantee of revenge against CrIsis. They wander the lands of the North waiting and watching, and later actively seeking to defeat CrIsis.

Picture by our own AZ_Rune.