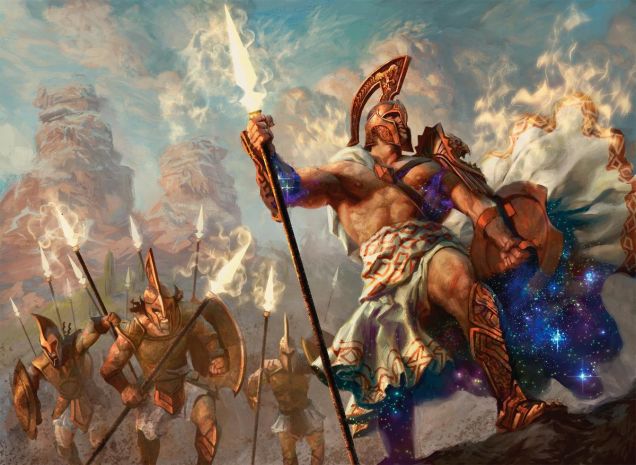 These noble warriors are champions of justice. They often travel alone or in pairs, regularly joining mixed groups of adventurers for brief periods. The Titans survived the Elf-Dwarf War, however they survived by backing out. They warned their Elven allies of the injustices the Elves were committing, and finally abandoned them. It is a rare Titan that trusts an elf to this day.

Titans have their own agenda in the war against evil, but will stand at nothing to complete it.
Abilities/Stats Known:High PS, PP, PE, & PB. Nightvision, See Invisible, Bio-regeneration, Teleport. SDC/HP:High

Vandur is a Titan that served in CrIsis for mere moments.