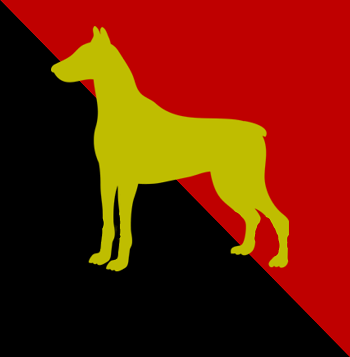 The oldest known human kingdom is the Western Empire, formed 5800 years ago. The Western Empire is the power to be reckoned with in the Palladium rule, and no single kingdom can stand up to it alone. It is also decadent, corrupt, and cruel, earning the nickname “Empire of Sin.”

Please refer to the Western Empire History for more.

They are aligned with the Isle of the Cyclops.

Flag from our own AZ_Rune.