YEREMOND
THE PREDATOR
THE LIFE STEALER 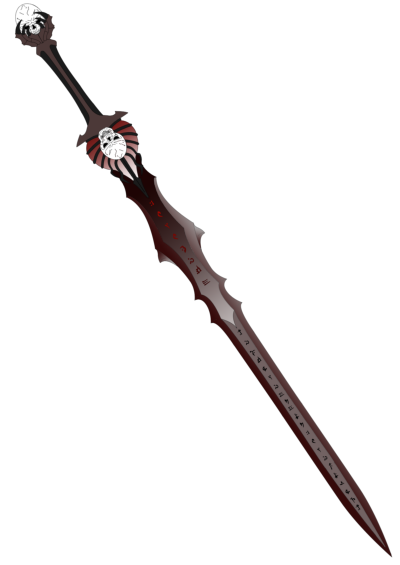 This ancient greatsword was discerned to be the same weapon mentioned twice in the Tristine Chronicles as both of the secondary titles below its name listed at the top of this digital parchment.

Yeremond is perhaps one of the oldest rune weapons in existence, Yeremond remains one of the most unique weapons of its kind. Its most famous owner was an Elven Wizard who retrieved the weapon from the treasure hoard of an ancient Dragon, in the Land of the Damned! Several hundred years later, as the Elven wizard entered her sunset years, she used Yeremond to lay waste to one of the Dwarven Kingdom’s greatest Rune Forges, deep within the New Kingdom Mountains. The assault sparked a series of retributive battles that is partly to blame for the escalation of what would become the Elf-Dwarf War.

“…as it drank the blood and vitae of its foe did the Life-Stealer darken its sanguine color and runes glowed with a red hot fire to them.
– Tristine Chronicles”

It is currently in the possession of the Church of Light Alchemist, Azariel.

All weapon art by AZ_Rune.