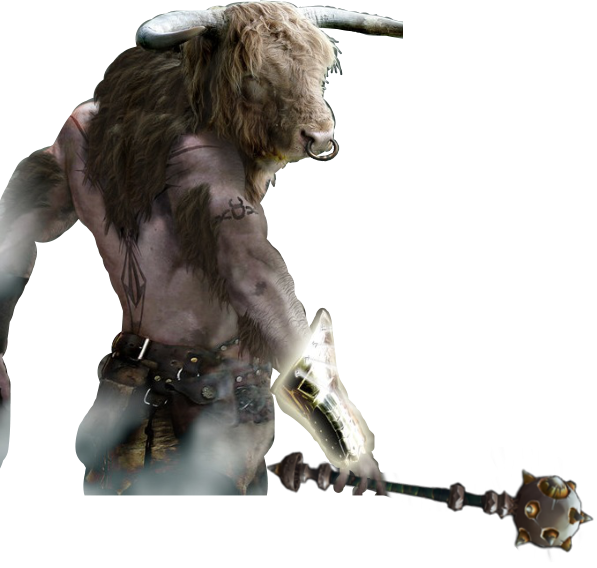 Son of Rostam Stonemace, stepbrother to Xerx’ses stepson to Darakh’zan

Zeelik Stonemace is short for his 16 years at 8ft tall Minotaur. He is still growing into the hero his father hopes he will be. His skin is nearly pale white from being born underground and having never seen the light of day. Although a bit shy, uncertain of himself and vastly underrated by every one but his stepbrother, whom believes he will grow into a true Hero. Zeelik is soft spoken, unassuming, gentle, compassionate, honorable and trustworthy, all traits he keeps expanding. As a warrior, he is also observant, quick on his feet (a fast thinker), never underestimates the enemy. He is not sure about what to do but has decided to go to the surface world at his step-brother’s behest and reclaim Isis’ temple in Troker with a small band from his tribe.

His alignment is in line with Xerx’ses, his step brother and Mergerij, his mentor and former teacher. However, his former teacher and he parted ways because Zeelik thinks Mergerij is too self-absorbed and dispassionate.

Zeelik’s primary weapon is a two-handed stone rune mace given to him by his father, Anzuroq.