I will make a way. 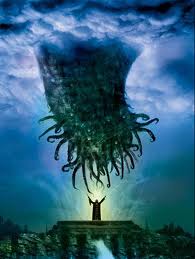 “Aut viam inveniam aut faciam.” (I will either Find a way or Make one)
– Summoner Grimault Charune

I have often wondered, in my adolescence, why people are so afraid of Summoners, and where the stigma comes from. While living among them, learning with them, growing with them, I could never figure it out. As the saying goes, when you are surrounded by sirens, your sight is blinded. As such, I never had the chance to really learn the answer to my question.

I spoke with Xerx’ses about the destruction we wrought. I never thought about the innocents we were slaughtering, and the chaos we were sewing. I only had the mantra in my head, Aut Viam Inveniam Aut Faciam. I couldn’t leave the jungle, and I couldn’t go ahead as it was, so I made a way – the forest be burned. In my pride and stiff-neckedness I enabled and enacted the greater sin, to sacrifice the many for the sake of the few. Bast wept for her children, their families, and their homes. All that was evoked in me was maniacal elation for our power and genius

People hate Summoners because of their egos. They are so blinded with pride that they dare Deevils and Gods to defy their power. It is so simple: Draw a circle and bend the great forces of the universe to their desire. Destroy resistance with a flourish and stroke of pen or brush! Nothing is beyond their power, and nothing is a match for their will – lesser mortals be damned!

But, while living in the real world, where every action has an equal and opposite reaction, I have learned that I am so much more fallible than I ever fathomed. Even with my studies in philosophy and higher education, I am a hapless dunce trying to reason out trigonometric functions. I have learned that you have to pay the reaper when you’ve sown your field, and sometimes the price is much higher than any one Summoner can possibly pay.

I never could have learned that in the Guild, cooped up with the other Egos, reassuring ourselves of our own senses of smug self-importance.

The god, Lopnel, came to collect the payment for our sowing. We had sinned against his rule, and were to be punished. I will stand before my God Osiris to be judged when he is returned; not this pretender! From my studies, I remembered Lopnel lusts for combat and conflict. He respects strength and survivors. The minotaur and I bargained, and the reaper bought our wares.

The Gromek came to collect the payment for our sowing as well. We had shown our strength and resourcefulness in dispatching first Giants then Gods, and they were wont to take us for their war. Too much wanton destruction has been sown by me! I do not yearn to pay the reaper so soon, for so much! We must tread carefully from here.

Iana!
Petal of my heart’s flower
Ray of my love’s desire
Left me dying!

Iana!
Wane of my life’s power
Bane of my faith’s spire
Left me pining!

Iana!
With final effort
With utmost support
Let Her Go.

She’s chosen infidelity, lust, and carnal weakness over me. She’s tainted my soul with her wiles, and ripped apart my devotion. She is my poison.

While I wept over our love’s grave, the Old One’s Spawn deemed necessary to pour salt in the wound, and twist the knife! I did not stop her, or forbid her. She is her own woman, and is not mine to direct. I know this, and I honor this. The Minotaur told me what I knew, and called me a dunce for honoring it. I love my companions, but I don’t like them at times! I Dislike That Cow.

Before I let lose the poisoned words on my tongue, I shall sleep.

I shall dream of death, destruction, and mayhem, and I shall sleep.

I found myself daydreaming of easier times today. 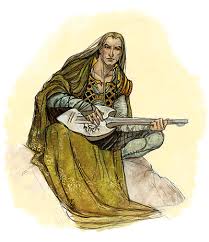 My father Sezar lies in a bed, alone in silence. Day in and day out, he reads and plays Carriages with old sorcerers that lost their wits years ago. His body has betrayed him, unable to reap the benefits of a honed mind and a keen intellect. I left him for Osiris’ sake, but I fear it may cost me my life with him. I am not sure if I shall ever see him again.

One thing has bothered me. He was so vibrant and full of life, and simply fell ill – so ill he nearly lost his life. It ravaged his body so quickly and thoroughly that one day he was serenading a plump wench, the next he was a near-invalid.

It was the festival of Ra, over fourty years past. He and I were in the city of Shinkasa, playing at an inn called ‘The Aristocrat.’ It was in the outer city, so there wasn’t as much anti-non-human sentiment and we could relax. Lady Biriat, the innkeeper, had given us two dry cots in the attic and a meal for every performance. We paid pennies for our meager breakfasts and ate like kings at lunch and dinner.

We stayed there for a week, announcing our plays, and creating anticipation for the Festival. The night came and we filled every seat. The night came cool and clear, a perfect setting for an open-air concert. Biriat rented the square behind the inn and set a stage for us, with rough tables and chairs purchased from local carpenter’s apprentices to accommodate her larger-than-average crowd. Serving lasses wove in and out, in time with Sezar’s flute or my cello, or his singing, like a grand ballroom dance. Halfway through the recital of the Defilers’ Ballad, a lord of the Ruling Family arrived. He stayed for three tales, and left. Not a penny was paid, he just listened. There were several that did that, and there were those that seemed to not pay any attention to the tales. Those were there for the breasts and thighs… the chicken, that is. Slow-roasted with rice and steamed cabbage.

He was in the middle of an Anthem to Ra, to end the Festival, and he keeled over. Not a day later, he could not use his legs, and his magic was useless to him. It was then that I searched help, and I found it in White Ash, with the guild. Master Maive seemed to know the ailment, but he had no cure. Simply a treatment of the symptoms. In exchange for my services to the Guild, paying my rewards to their coffers, I reserved a room for my father in the Assisted Living and Retirement Quarters.

But what was the cause of it?

Power to Osiris, and Glory to Ra.

>>Journal entries, from Ra 22nd to 24th, in the 22nd Year of Emperor Voelkian Itomas II, from Azariel, Apprentice Alchemist. Acolyte of Osiris and the Lady Luck <<

Wow, may be your best- and definitely your best as Azariel…

Your writing always pulls me in! Great job! Azariel is a very relatable character, even though he is gifted with extraordinary powers. His internal struggles make him real. I hope he learns from these mistakes. Best be followin’ them God now, boy!

lol JK. Azariel was just irritated at you that day, Xerx. Well he was irritated at Iana, and took it out on you. =D

Ovkral- Surrender! As Should All CrIsis!

Morning of the 25th of Ra

A Star for a Fool