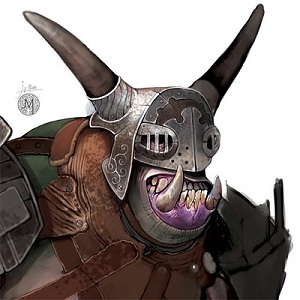 What does it mean to be free? I have been free my whole life. I have not tasted the pain of slavery. However, I have chosen my side and that side is to free those who can’t help themselves.

Recently I have revealed a small bit of my past. It appears as though my group has not noticed, especially Rell. It is good to be home again, but I was brought to a sad reminder that our country is divided. Those for slavery hold the power and us who are against it are left to stand up against this giant. Maybe that is how I like my odds. My parents always said I was bold to a fault. Sometimes a leader must put his people before himself and that may mean a great sacrifice some day. I just hope that it will not be for vain.

Recently I have the privilege of meeting that Ramen again. I really wish I knew his name. I wonder if he is the one that gifted me with Eledor. This sword has helped me so much in the past. I wish I could thank the Ramen that has lent me his weapon of strength. Sometimes I wish I was in that world of Ramen for the rest of my life, but I know that I have a mission. Well now I have two missions. Ra has set me on a task to rebuild Osiris and I shall attempt to do just that. However, I feel torn at times because I see the hurt in the people of the Timiro Kingdom. I experienced that today when several orc raiders attempted to jump some “cruel humans” and make them pay for their deeds. Unfortunately that happened to be us and I don’t know about the others, but I am certainly not cruel. Thankfully though none of the orcs were severely harmed and we were able to have a civil conversation. It was at this time I revealed my true identity. They were in awe it seemed, to see the real General Mordox before them. I guess it would be like meeting your favorite minstrel or something of the like, except this minstrel wishes to make your life much better. Anyhow we shared a good meal with our new friends and I sent them to the general direction of my first in command, Skred, the one I named my horse after. I hope they make their journey safely. For mine was about to take a turn for the worst.

When we arrived in Sims I had an urge. The urge to set free more for the cause of the rebellion. After convincing the others to come with me, we headed to the mines to seek out slaves for purchase. At first the foreman resisted our advances on purchasing slaves, but after cold hard gold was revealed he was more than happy to part with three hundred. We must not have been paying attention or something because it slipped our mind that these men were not chained when we freed them. I guess we had our minds set ahead to when we would free them. Thus the majority of them escaped almost instantly. I pray for these men every night. I hope they are not captured as supposed escaped slaves. All that remained were forty orcs. I tried to give them a speech, but as soon as I said one wrong word Rell jumps in like any follower of Apis would. He tried to steal the show and act as their savior offering them pitiful wages and not telling them the whole story. Before I could save this speech from going completely south, twenty of the orcs ran full speed away. I tried to catch up and tell them where they could find refuge, but like any scared animal would react when threatened with any small possibility of control, they attacked. I tried to tell them who I was and that I was here to help them, but before I was able to speak a word they mauled me like savages. I guess this is why orcs have such a bad reputation. They should be grateful I spent so much for each of their freedoms. However, they did bless me for a moment. For the few moments I was dead, I believe I was within Ra’s presence. It was so warm. I was free at last. Those friends that I had lost in battle were there. They were having such a great time, but as I was getting ready to dine with them, they told me it was not time to partake of the feast laid before me. With that I felt as if I was falling. I was falling from heaven itself. Then I felt pain, immense pain. The Wolfen was kneeling over me. At first I was mad. How could he take me from such a paradise? Then I remembered my quest, actually I remembered both of them: to free my people, the people of Timiro and to rebuild Osiris so that he might aid the world once again.

Posted by Gavin on the 15th day of Majestic, in the 8th year of King Gedro.

This image is the absolute best. Where did you get it?

Wow, this guy is having the worst luck. No good “dead” goes unpunished. That’s a law or something, Murphy I think.

Damn Humans Can't do Nothing Right! Gavin on the Menu

Timiro Are you here to free the slaves?