Give Me Some Ribs 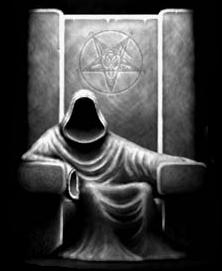 I know that I have been writing you almost daily lately and I hope that the baby is doing well. Well, we finally got into the little manor and after finding nothing on the main floor (except a little hidden room) and feeling our way round we found nothing, no diamond and no piece of Osiris. Then we began working our way upstairs and there he was. Like something undead he just sat there in the dark. I used my nightvision to work my way toward the window with ease on the opposite side of the room and when I got there he says…

By the time that I was at the window the rest of the team was in the room. I just was being helpful. How did I know that this guy was as dark and evil as the creatures outside?

“What do you mean” says one of us.

We found out at that point that there were five shadow beasts but, hey, he is on the up and up and will not hurt us. That is until someone opens his mouth and says that Osiris lead us upstairs to him and that we are there to collect the next piece. Those that could detect evil knew that he was bad news and frankly we should have ended the conversation then but he stands up amused by the new information and when he does his cloak opens to reveal the Ribs of Osiris grafted into his skin. His hands were claws of a dragon and he showed his true colors because he had a smile now that would send chills down your spine.

The next thing the room was full of invisible beings in pitch black; Chandar was going to get what we came in with instead of the opposite. I don’t know much about the ribs but I was too busy fighting for my life to care. All the while he sat there in his chair like a king watching gladiators fight for their lives. It very difficult to navigate the room until the elf banished the dead.

At that moment I remembered a time on the boat where we were cowardly. You and I were wounded and heard a voice telling us to never give up, never surrender. With what little memory of encouragement I took like a flame to weeds with in seconds four of those foul beasts fell.

All the while that pompous elf of a creature sat in his chair with a grin of delight. Even with the invisible creatures and shadow beasts gone he just didn’t care. He sat there mumbling to himself. It was when he failed to notice that his spell that he had been casting didn’t work that panic briefly showed in his face. Here he was with one shadow beast clawing at an invisible shield and him surrounded by us, the emblems of good. His death was quick and I am quite sure, painful.

When his body faded to dust all that was there was bones of gods and dragons. Cava had taken quite a hit himself so we opted to have him wear the ribs while we magically healed ourselves. Now we had the ribs of Osiris but where was that diamond?

Well I am nursing some aching muscles now but I am alive.

Love you Mary. Take care of the baby and kiss her for me.

Prayer to Thoth for his beloved on the 11th of Thoth, in the 68th year of the Wolfen Empire.

The Paths of the Dead Spiritual Misadventure