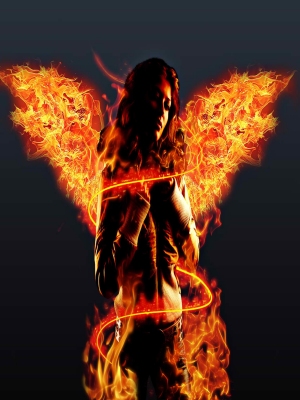 I have seen a lot of the Eastern Territory but I have to admit I have not seen a city that had two tiers, one atop the other. Haven has changed my opinion of the Eastern Territories. The Antes Temple in the heart of the city was magnificent. The beauty was exquisite and the security was intense. Never have I been to a place that was more blessed by the Goddess. The blessing of even an angel is there guarding the place. I have never met an angel not know much about the gods or their minions (I slept a lot in church and got scolded for it) but to see an angel was intense and to be taken to the Heart of Osiris was even more so. Though the feelings were good I am certain that we (CrIsis) are going to have our share of attacks and not just by sea. I am certain that when I get the chance I am going to take the time to learn about the gods and the creatures of this world so I am better prepared (that and the ability to sneak about). When we were attacked last night by the flying horses, I learned that not all things that hang by the sea could be something that I am familiar with. I am certain that the burns will subside but for now it hurts like a sea urchin biting over and over.

Let me expound upon our experience in Haven. When we went to the temple there was a lot of rituals to enter and when we were done with the rituals I stood naked with my tattoos and scars as my only identifier. I am certain that I looked like a wet fish after bathing in the holy water but it was nice to have a minor blessing through the water. Then we met the angel, Elyth. Thankfully I didn’t really get caught up in the thought of being naked just it felt nice to be in the presence of something so holy. She in her majestic armor and flaming sword with hair to match. Again I didn’t know what she was but I could only bow in reverence. I was truly humbled. The gate that we went through sent us to a desert that led to a pyramid where the heart was. The air was cool and the steps were warm but not hot. It was then I realized that I was naked. I wasn’t sure that the heart was going to ‘see’ me but I was uncertain that there was a chance to turn back. When we need to see the heart I saw others touch it but I didn’t dare, similar to when I was in the presence of the angel.

I am just glad to be back on the water. The after glow is still sticking with me even five days later. I hope that the burn goes down. It really stings.

Posted by Overkill on the 24th day of Grekar, in the 22nd year of King Bafag.

Wow, a Dwarf Pirate humbled… Now that must have been something. The Gods and their agents ARE truly powerful, are they not?

What Rell Saw. A change in purpose is not always a change for the worse.