Some where over this rollercoaster week we started the morning in good spirits. Azarial, Asher, Indaris, and I waited impatiently in the chilly morning air, staring up at the tower of angels expectant of Xerxses triumphant exit carrying the lung. Guess what that’s not how it happened. Instead it was Sir Thurgood who first appeared racing to mount and rush off, he briefly replied to my query the answer being no surprise. Evil had broken the law enacting their obviously pre planned sabotage to steal the lung and fled. 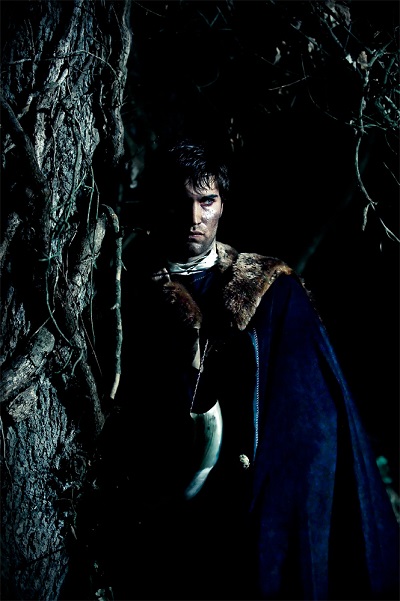 Overkill and join the chase realising somewhat later that the others hadn’t followed. Inside I found a broken trapdoor and following the obvious egress soon caught up to the others exiting a tunnel under the statue of Bes in the Park. My brief scan for tracks cut short when Xerxes pointed out direction and we rushed off again. Seeing our prey heading for an open doorway I launched myself at the opening doing a text book transformation you would have been proud of, plugging the gap with my ursine form. I needn’t have panicked Xerxes sent two of them flat on their face racing over his carpet of adhesion, and in style that made me chuckle even in such serious business Tyv sent Malah following the others to an undignified face plant. After the appropriate securing of the prisoners and checking that the lung had not been switched all were handed over to Thurgood on his arrival with the promise of secure cell even for Malah. Asher arrived soon after hundreds of little friends in tow, evil just never really stood a chance.

Later we found Indaris and Azariel back at base, believing the escapee’s might use next door in their plan they had searched the grounds but all they found was a death ward which caused numerous casualties, more charges to be added to evil’s roll of destruction. After helping all they could it must have been at least a small relief when we arrived to know that Mala and friend’s hadn’t escaped with the lung. Later after we had been given proper city permissions to cleanse the place Indaris tiredly mentioned that Oathbringer had been able to point out the lung, information which could be very useful in the future. We were also presented with a message that had been found under the now disarmed ward. Evil will Triumph, see you in the Western Empire. No words to express my hatred of these stupid selfish people, grrrrrrrrrrrr.

In a much simpler ceremony the remaining eligible winners were again regrouped in the tower, Xerxes this time being awarded the lung and joining us outside, I felt immensely less buoyant than at the start of the day that had held much more promise for so many people. The exertions at least providing us with one peaceful nights rest to forget the less pleasant parts of the day.

The next day produced another glorious morning, no evil was going to sour this one for me. Breakfast with the Defilers, I could gladly do this every day. Only Elanu was missing out of the entire group of them. We all put on our “respectable” clothing and The Raz was kind enough to provide me with a dress. I’m not sorry you missed it whilst I was assured I looked fine I won’t be making a habit of getting out of the beautiful leather’s you stitched for me. However as I know you would be interested I’ve included the sketch Indaris made for posterity sake. 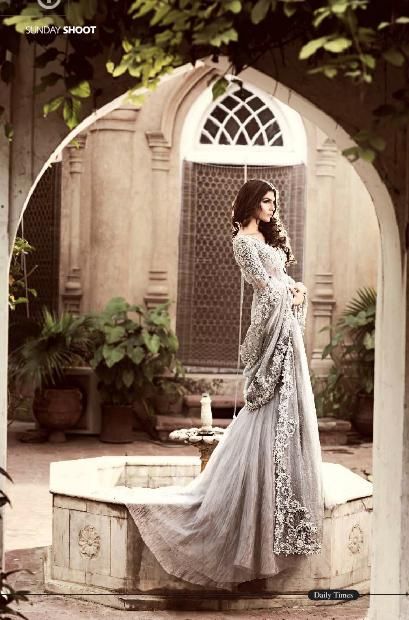 We peppered them with questions for the better part of a morning. Some casual some more serious. Asher started the banter thanking them for paving the way for our quest a sentiment I’m sure we all shared. The Ogre in the group responded by questioning his presence being a kobold in Crisis to which Asher replied, “for being one of the few followers of light” which shut him down quickly. I cheered inwardly, I wouldn’t want to have to defend my families honour and start a brawl here or with these people. Azarial got straight into the more practical questions garnering information on our intended location, apparently only western ships would be allowed to dock on the Isle Of The Cyclops. Indaris asked Perfone advice on Oathbringer but the response was not very comforting, I didn’t envy him that ball and chain. Overkills presentation of Elanu’s ring caused a cheer in all but the dwarf who tried to slap the image, and I didn’t even understand Xerxes’s first question about an arrow incident but it caused an obviously long running argument between Rod and Mikala, the others just smiled. I tried to coax them to tell us some tales about their own adventures but they all looked to Xar Xar who begrudgingly agreed to regale us with one later. There was some swapping of weapons old friends meeting briefly and of course Tyv lowered the conversation to the ribald asking Nexine of any cloud top experience which earned him the glare of his mother, but the smile of potential from his target would have been more than worth it for him I’m sure. Az brought us back on track asking how we might survive Hades. The titan responded with the advice that fitting in was a must and not just in looks. Permission to act against our gods advice might be required to accomplish our task there, a sobering thought. We established a contact in the western empire allthough the way this “Slayer of Mountains” was talked about made me wonder why they recommended him at all. The request for more physical help resulted in us learning the defilers had all signed pact of non interference to allow them entry to Maip. Tyv was able to hand over some specific group items for which I was grateful but sadly reminded me we may not see him again. Xerx asked how the casters had learned so fast and we were told that stopping to take advantage of training opportunities was always encouraged, not something to begrudge. This reminded me of my father but they could only tell me vaguely that his kind might be found in the Northern Wilderness or the swamps of the LOTSW. As the conversation dwindled Xerx asked if it had been worth it. The reply was unanimous and serious “Yes”.

That evening we gathered around sorting our purchases from the days shopping and resupply trip, Gabriel the Alchemist had supplied us with many of our needs at very reasonable arrangements, Asher had found a good friend in him. Xerxes took the time to show us his other prizes from the games, having won two competitions he was awarded two blankets made from the millennium tree itself. 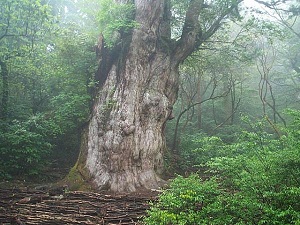 To give away a part of the tree seemed sacrilegious and looking around at the party no one stepped forward at the offering but I still felt selfish beyond belief and overwhelmed to accept and touch the fabric to hold some part of the tree in my hands. The moment seemed surreal, it would be a treasure I will hold above all others in my possession. The family just continued in their preparations a vision of the mundane but my heart continued to beat at a pace far faster than it should, this must prove to be an impossible dream at some point. With arrangements made for Xerxes and Azariel to study in town for the rest of the month, Indaris offered to team up with Overkill and hunt down some of his crew before the crowds left town. I was definitely starting to suspect I’d never woken that morning when I audaciously called out to Devacious and he’d responded agreeing to train me for the month and allowing Asher the use of the park for meditation for the week. Being back in the forest was a balm to my sorely tried soul. The time there alone with Devacious, his bear familiar and Nosse was welcome, but before we parted I asked about my father and to my shock he apparently knew him. He also told me he’d promised to never reveal his name or location to me. I felt angry so close to knowing something of my father but to be denied. He followed up by telling me I was prophesied to kill my father. I didn’t want to believe what he said but it explained too well his absence from our lives. How could I kill my father?, for all my angst toward him growing up I could never kill a good creature and I couldn’t believe him actually evil? With knowledge gained in this outside world my reality slips further from my grasp I feel I have more questions now than before, my hunger for information only being fueled rather than sated by my adventures.

The family reformed at the end of the month in Sekti Abtu, after paying our various donations to the church. Overkill relayed his success at finding another three of his crew, all female. Asher had apparently been granted a vision which led him to frustrating old women who nether the less seemed to help expand his mind. Azarial and Xerxes had completed their own training successfully. Xerxes handed out the jewellery which he had commissioned for us based on Osiris’s parts before leaving to pay visit to his father. He also allowed me to come along and meet him which I thoroughly enjoyed.

Looking down the gang plank of Rogtilda on our final boarding the vision of this city does not seem so bad. The months respite a last meal before throwing ourselves back into the fray. Refreshed and prepared the future seems ready for our entry, feats impossible within our abilities at every turn. I will be home soon at least in the broad sense of the word, be well mother until I see you again and be safe. 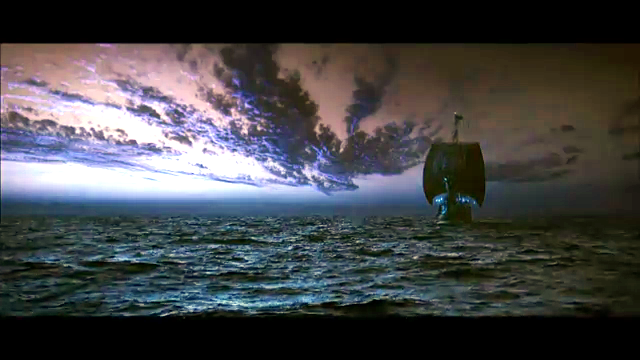 I love the ship picture at the end. I have been reading this as it evolves and how wholesome the log feels regardless of the emotion is just stellar. I feel like I am reading it at your home over the mom’s shoulders asking, “What she get into this time?”

I like that picture too. I liked the point of view. Really well written.

Absolutely great official log! Enough facts to be official, but personal- well done!
“but of course we must play by the rules not them.” Being good sometimes sucks…

Be careful whom you go around killing, the dead might just become your father! He could totally be in disguise. Though, I question this prophecy. Who has heard the prophecy directly? Sometimes prophecies are mere riddles of what will happen. Though they may be plot devices by the Fates as well. For instance, you all still have not found a way into Hades. What if your Father bars the door to Hades? His eternal duty is to protect the gate, under no circumstance to let anyone in. Why? Might I suggest the task of the titan Atlas. He could have accepted such a task to save someone he loved from the gates of Hades. Dun-dun-DUNNN! So now the only way into Hades hinges upon a choice…YOUR choice! And it isn’t whether you father lives or dies. Rather it is WHO will kill him?! Whatever the choice it will be YOURS to make, thus you are responsible for its outcome. Dun-dun-DUNNN!

Btw, the above is totally made up. I know nothing about this prophecy, nor of your father…or do I? Dun-dun-DUNNN!

just the feeble ramblings of Güotreau Gazier the wandering bard

As if I hadn’t started jumping to all sorts of weird plot lines, thanks for the tip :p

Giants and the Arm Empire of Giants!