Pilgrims of the South 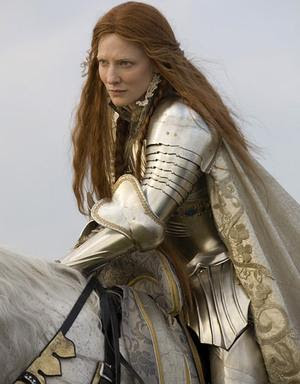 It has been a month since you left us in Credia. I wish that you could hear the adventures that I have had here with Bishop Tutu.

After we made preparations for our travels, the kind man asked me to change my name. The name of Mary was not going to be safe and since it was my birth name I obliged him by doing so. I am certain that you would be proud Merd as my name is now Martyr Okey of the Redbeard Clan (I figured that most humans didn’t follow the clans and would not recognize the distance of the families). I thought that since I am your betrothed and not a member of your elite club that you would be honored. I also wanted to speak of the pain that the gods created because they did not choose me at the same time. I hope that you are well. I know that it is the will of Isis that this is the path that we are to take in our lives.

When you left I was baptized a member of the Church of Light by Bishop Tutu. It feels a bit odd parting from the faith of my clan and I hope that you are patient with me learning all the rites and rituals of this new-found faith. Isis has been kind and I do not know of any other way of repaying her for what she has done for you and I so I joined the church.

I know that you are safe so I will keep the light parts of my travails to myself. When we had sufficiently packed we joined a pilgrimage heading north ran by an eager priest named Jacob of Barbera, a small farming village outside of Old Timiro barely worth noting (so he says). The man er.. elf says that he studied under the kind Bishop who taught him all the ways of light and truth. We were in a party of about sixty. I had changed my clothes from what I had worn on the Matilda to be more plain and less recognizable. After three days of a prayer of safety we headed off.

The trip was easy at first as most of the pilgrims had wagons and the roads were paved. Our goal was to head up Ogres Pass without incident as the gods were with us. Jacobs prayer paid off as there was little incident save a few cuts and bruises by the little ones who were not accustomed to the hardship of walking so far. We cover about twenty-five to thirty miles every day, almost as if our path were guided. It has taken nearly the entire month but we made it through to the pass heading toward a town called Arain near the Old Kingdom River.

One of our guides that Jacob encountered by blessing (I guess) is a knight that calls herself Katrina Sun. She has said that she has a purpose in being part of the pilgrimage but refuses to talk to Jacob or anyone else about it. She seems friendly but aloof. I suspect that it is because of her knightly training and that she is keeping an eye out for trouble. At times during our journey she has raced ahead during the night and valiantly fought to insure our safety. After one such encounter she returned to tell us that we had to quicken our pace and that some of the enemy had a rune sword and intended to feed it on our souls. The proof on her arm was more than I could bare. She had a gash from the sword (or blade) that was deep and was bleeding a lot. I looked to the Jacob and could not understand when he said that the knight would be alright and that I would have to have faith that Katrina would heal in due time.

Though the blessed pries is keeping secrets I pray to Isis that Katrina’s wound heals and we can keep ahead of the horde. I have made an effort to be near her while she heals but despite my efforts to keep her still she insists on protecting the pilgrims. She has told me that I will never know the full extent of how important my mission is and that I must obey every request she she makes. She has soft eyes, a warm voice and a nice smile, so I could not resist. Everyday for the past few days I have nursed her wound. It is real deep and I am afraid that it will never heal.

Please pray for our guide.

Posted by Mary on the 9th of Selestra, in the 22nd year of King Bafag.

Picture courtesy of Lord of the Rings.

Poor Katrina… I mean… well, it isn’t said, so I won’t say it. Don’t worry Mary, she is strong!